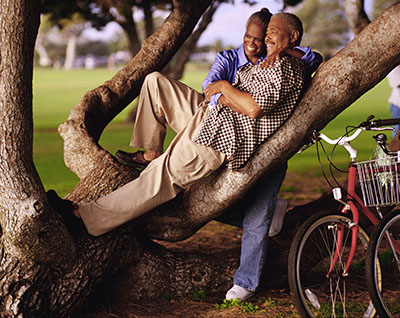 The threat to happiness and health comes from stiffness in the arteries that occurs in people who are as young as their 40s.

Middle age is considered the prime of life. Most people are established in their careers, have satisfying personal relationships and productive involvement with their communities.

But things aren’t always as them seem.

New research from UC Davis Health System has found that, even among healthy people in the prime of life, disease is forming that threatens to derail our health and well-being in old age.

Hardening of the arteries assaults the brain

The threat to happiness and health comes from stiffness in the arteries that occurs in people who are as young as their 40s. Previously arterial stiffness — better known as hardening of the arteries — was thought to mostly affect elderly people.

Pauline Maillard, of the UC Davis Department of Neurology and Alzheimer’s Disease Center, led the research. It is published online this month in the medical journal Stroke.

“Our study shows for the first time that arterial stiffness is detrimental to the brain, and that increasing arterial stiffness and brain injury begin in early middle life,” before we commonly start thinking of prevalent diseases such as atherosclerosis, coronary artery disease or stroke having an impact, Maillard said.

The study involved nearly 2,000 people who participate in the Framingham Heart Study of Framingham, Mass. Researchers tested the stiffness of their arteries and the extent of damage to their brain tissue, assessed by magnetic resonance imaging (MRI).

They found that the study participants with more arterial stiffness also had more subtle injury to their brains and that it was evident in people in young middle age.

As we age, high blood pressure causes the arteries to stiffen, further increasing blood pressure and promoting calcium and collagen deposits, which promotes atrophy, inflammation and greater arterial stiffening. This restricts blood flow to the vital organs, including the heart and brain.

“Our results emphasize the need for primary and secondary prevention of vascular stiffness and remodeling as a way to protect brain health,” Maillard said. “This may be a new avenue of treatment to sustain a healthy brain into middle age and beyond.”