On the frontline handling fentanyl overdoses 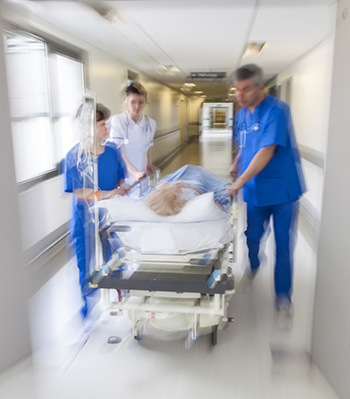 For toxicologist Kelly Owen, treating patients overdosing or sick from chronically taking prescription pain medications is routine. But the recent spate of overdoses from the pharmaceutical drug Norco™ laced with the powerful narcotic fentanyl was extraordinary.

“The fentanyl cases were troubling, mostly because of the severity of symptoms,” said Owen, UC Davis Health System assistant professor of emergency medicine. “The pills looked like prescription Norco™ (a formulation of acetaminophen and hydrocodone), so people had a very easy chance of overdosing because they wouldn’t recognize what they were taking.”

“We had that subset that occurred in a rapid timeframe and in a frightening way, because the fentanyl was manufactured to look like a prescription drug,” she said.

Toxicologists like Owen are experts in identifying and treating drug and other such chemical exposures in the emergency room. She said the 51 overdoses and 11 deaths that occurred in Sacramento from fentanyl overdoses are the tip of a very large iceberg.

According to the U.S. Centers for Disease Control and Prevention, opioid addiction now affects almost 2 million Americans. An estimated 1,000 or more people are treated in emergency departments for misusing prescription opioids each day.

“It’s everywhere at this point,” she said.

Owen is part of a team of toxicologists, led by emergency medicine Associate Professor and Toxicology Fellowship Director Mark Sutter. The toxicologists assist with caring for patients treated in UC Davis Medical Center who experience drug and other poisonous exposures.

The drug at the center of the recent episode, fentanyl, is odorless and colorless and 80 times stronger than morphine. Even in minuscule amounts it can suppress breathing and result in death. Nineteen of the recent fentanyl exposure cases were treated at UC Davis Medical Center.

“Our message is that people should call 911 early when they’re seeing signs of patients being sleepy because opioids decrease the body’s ability to automatically breathe,” Owen said. “It could save their lives.”
— Kelly Owen

The symptoms of overdoses, whether from heroin or prescription drugs like Norco, morphine or methadone, are the same, Owen said.

Signs and symptoms of opioid overdose include unconsciousness or unresponsiveness, trouble breathing or cessation of breathing, bluish discoloration of the skin, vomiting and pinpoint pupils. The immediate danger from overdosing on opiates, prescription or otherwise, is that the patient stops breathing and suffocates.

“Opiate toxicity classically presents as an altered mental state, change in alertness and decreased breathing,” Owen said. “The patients may initially look like they’re drunk, then they become sleepy and eventually will be unresponsive.”

Never take drugs prescribed for someone else

Owen said that, of course, people should never take medications not prescribed for them, much less purchase them on the streets.

If someone appears to be overdosing, call 911 immediately. Medical professionals, including paramedics, have access to an antidote to opioid overdoses: naloxone, commonly known as Narcan™.  It can start to reverse the effects of opioid overdose within seconds.

“Our message is that people should call 911 early when they’re seeing signs of patients being sleepy, because opioids decrease the body’s ability to automatically breathe,” Owen said. “It could save their lives.”

UC Davis Health System is committed to educating future health-care providers about appropriate pain-management techniques and is one of more than 60 other medical schools that have signed a pledge to require their students to enroll in prescriber education. (See sidebar)