Butane hash-oil burns on the rise

Young people are at risk for severe, life-threatening burns from making hash oil 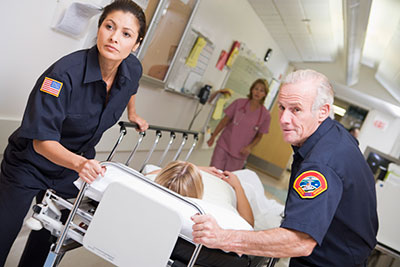 An unprecedented number of patients are winding up in the UC Davis burn unit with severe burns from butane hash oil explosions, the result of home-made hash oil production.

The butane explosions typically cause extensive, penetrating burns and other serious injuries. The steady increase in cases at UC Davis – from one in 2007 to 33 in 2014 and 15 already this year – is raising concern about an increasing threat to vulnerable young people.

“It’s kind of an epidemic for us,” said David Greenhalgh, chief burn surgeon and director of the Firefighters Burn Institute Regional Burn Center at UC Davis, who says injuries from these fires account for 8 to 10 percent of severe burn cases at UC Davis, a larger percentage than from car wrecks and house fires combined.

Law enforcement officials say hash oil production is a growing problem in California much like meth labs were 15 years ago. Also called BHO or honey oil, butane hash oil is formulated to contain high concentrations of THC, the active substance in marijuana, and is driven by a lucrative market, selling for $800-1,300 per pound. Hash oil is easy to make, and sold in various forms to smoke and can be used in baking, experts say.

“Whatever part of the body is exposed to air will be burned right away. These burns can be especially damaging to the face and hands.”
— David Greenhalgh

With easy access to cheap supplies and online tutorials, hash oil production is becoming increasingly popular among young people, often unaware of how dangerous the process can be. Using compressed butane, which can be purchased in bulk on Amazon, hash oil is extracted from discarded marijuana trimmings. The danger lies in the invisible vaporized butane, which sinks to the floor and collects in enclosed spaces during the process, and all it takes is a simple spark of electricity, such as the rubbing of feet on the carpet, to set the room ablaze within seconds.

“We’ve seen pictures of houses blown to pieces,” Greenhalgh said, describing the ruins from which paramedics have removed patients.

Many how-to videos on YouTube specifically instruct viewers to keep hash-oil labs outside, but because the substance is illegal to manufacture in California, a lot of production happens indoors, causing an increase in the number of explosions and serious burns.

“Whatever part of the body is exposed to air will be burned right away,” Greenhalgh said. “These burns can be especially damaging to the face and hands.”

With clothes catching on fire quickly, people suffer third-degree burns over much of their bodies.

The burn treatment center is the largest in Northern California.

“We’ve seen burns as big as 96 percent total body area,” Greenhalgh said. Unlike other burns, third-degree burns penetrate all the way through the skin and cannot heal on their own. They require many skin grafts and long hospital stays, which Greenhalgh says are one day per percent of burn. A patient with 90 percent of their total body burned, for example, may need to stay in the hospital for four to five months, undergoing multiple surgical skin grafts. In addition to the skin grafts, there’s risk of infection, and patients may also suffer from severe smoke inhalation injuries and other organ problems, as well as the long-term consequences of scarring and disfigurement.

“My biggest concern is that young people get into making hash oil,” Greenhalgh said. “People don’t realize how severe the injuries are and how it can change their life forever.”