Nothing beats exercise, and healthy self-image 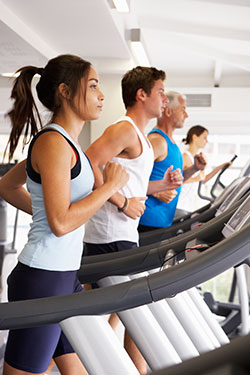 A small minority of people may find diet pills helpful, but only as an adjunct to a diet and exercise program. It is nearly impossible to maintain weight loss without exercise.

Everyone knows that a combination of diet and exercise is the best way to lose weight. But many of us have tried this, over and over again, without lasting success. Still, we know it’s important to take off those extra pounds, both for the sake of our physical health and our state of mind. Can diet pills help us meet our goals?

While pills are not a magic bullet that allows us to shed pounds effortlessly, a small minority of people do find them a helpful adjunct to a diet and exercise program. In a study of 2,800 people who lost at least 30 pounds and kept them off for over a year, only 4 percent did it with the use of medications. Another approach is to lose some weight and use medication to help keep the weight off.

While I’ve seen people helped with diet drugs in the short run, weight tends to bounce back after medications are discontinued, despite best intentions and efforts to maintain the hard-won weight loss.

I compare this phenomenon to a person who is diagnosed with high blood pressure and put on medications to bring it down. It works, but don’t expect the blood pressure to stay low when you go off the medications! It’s true for both blood pressure management and weight control: Our bodies have a strong maintenance system that’s difficult to override, even when it’s sometimes not in our best interest.

The Food and Drug Administration treats obesity drugs differently than it does other drugs. There are only two prescription drugs that are FDA-approved for longer-term use for weight loss (several others are approved only for short-term use over a few months).  Both of the longer-term drugs are only recommended for people who are significantly obese.

Stern is a professor of nutrition and internal medicine at UC Davis. She is a member of the National Academy of Sciences' Institute of Medicine and a co-founder and vice president of the nonprofit American Obesity Association.

There are numerous weight-loss remedies available over the counter. But let the buyer beware! Medications are medications, whether or not they are herbal, “natural” or under the jurisdiction of the FDA. I recommend that if you try any of these alternatives, you do so carefully. Don’t combine them with one another or with other medications, and most importantly, discuss them with your doctor. Many of them can have profound effects on your health in ways you might not predict. Some simply don’t work, despite testimonials where people are paid significant amounts of money for losing weight.

Here are some common — or once-common — over-the-counter dietary aids, including some that are now restricted:

Exercise is crucial, no matter what

While drugs may be part of the answer to a weight problem for a few people, there’s one method I’d recommend for everyone: exercise. It’s nearly impossible to maintain weight loss without it. And regardless of one’s weight, the other health benefits it provides are many.

Set your own goals. To help, wear a pedometer and record how many steps that you walk a day. If you walk 3,000 steps daily, try increasing it every week or two by about 500 steps, until you reach 8,000 to 10,000 daily. Don’t get discouraged. Once exercise becomes a habit, you’ll realize why it’s one “pill” you’ll want to swallow for the rest of your life.

Finally, a goal that doesn’t involve weight loss is “health at every size.” Linda Bacon, a researcher at UC Davis, has shown that if you listen to your body with respect to eating, being active and feeling good about yourself, it can improve your health without weight loss. It helps to have a support group.

Bottom line, there is no one plan to fit everyone.