A heart — and life — healed

Surgery gets a retired dentist back to doing what he loves 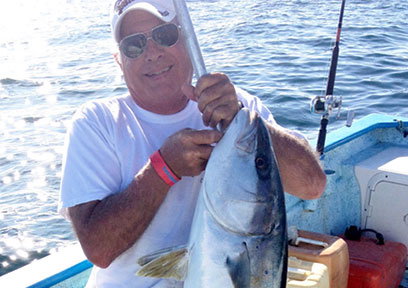 If there is a word that describes John Cavellini, it’s blessed. He survived polio as a child to grow up and become a successful dentist, marry the love of his life, raise three children and retire on a 60-acre ranch in Anderson, Calif. When one of his heart valves failed, he figured it was no big deal. He would have it repaired and continue doing what he enjoyed most: fixing classic motorcycles, hunting, fishing and being a grandfather.

But about a year after the procedure, which was done near his hometown, he could tell something was wrong. The reason eluded his doctors.

“I couldn’t walk across my lawn without being seriously short of breath,” he said. “Tests showed that everything was fine, but I kept feeling worse.”

The UC Davis Division of Cardiothoracic Surgery is a leading referral center for high-risk adult and pediatric patients who need complete surgical care for complex diseases of the heart, chest, lungs and esophagus. For information, visit the division’s website.

When one of Cavellini’s daughters came for a visit, she immediately saw the change in her dad’s health and drove him two hours away to UC Davis Medical Center, where he was diagnosed with endocarditis. A bacterial infection had attacked his new valve, two other valves and surrounding tissue to the point where he had severe acute heart failure. His heart wasn’t pumping well enough to supply his body with sufficient blood and oxygen. He was also in shock.

Cavellini was placed in the care of J. Nilas Young, chief of cardiothoracic surgery at UC Davis, who leads a team of expert surgeons known for treating complex heart diseases. Over the course of seven hours, Young replaced the damaged valves and tissue. Two ventricular assist devices, or external mechanical pumps, provided the support his heart needed as it healed.

I am tough, but without UC Davis, I’d be history.

“I have a lot to be thankful for, but I am really thankful that my daughter brought me to the place that can fix any heart problem,” Cavellini said. “I am tough, but without UC Davis, I’d be history.”