In 1972, a jet airplane attempting to take off from Sacramento Executive Airport, crashed into a crowded Farrell's ice cream parlour, killing 22 people and burning many others. A Sacramento firefighter, Gene LaVine, and eight members of his family died in the fiery crash. 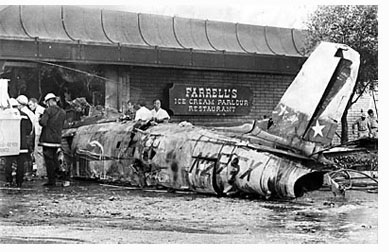 Shortly after the crash, Cliff Haskell, a captain with the Sacramento Fire Department, convinced the Sacramento Area Fire Fighters Local 522 to allow him to begin to work in establishing a specialized burn unit for the area. Cliff began fundraising campaigns and the Firefighters Burn Institute was formed in December 1973.

With the collaboration of physicians and administration at the University of California Davis Medical Center, it was agreed that a specialized burn treatment facility was needed. The UC Davis Regional Burn Center opened in January of 1974.

The Firefighters Burn Institute participates in local burn care, and also plays an active leadership role on a national level with the Federal of Burn Foundations and the American Burn Association.