Every parent expects their child to have an occasional fever. Even urinary tract infections are common in kids. But in Zoey Ames’ case, both were happening way too often.

“There were just so many,” said Tami Ames, Zoey’s mother. “Her fevers were high, and she was in pain. Antibiotics weren’t helping. We knew there had to be more going on.”

Multiple tests later and her hunch was confirmed; there was more going on. Zoey’s ureters were attached to her urethra, bypassing by her bladder altogether. That meant urine was going straight to her kidneys and causing infections.

Doctors suggested surgery to reattach Zoey’s ureters. Tami and her husband, William, agreed, believing doctors had the solution. They didn’t.

When the family was finally referred to UC Davis pediatric urologist Eric Kurzrock, he performed additional tests which revealed Zoey had multiple internal issues. She was diagnosed with a rare congenital condition that affects 1 of 4,500 girls.

It was daunting for the family, but with answers in hand and a hero in their corner, they moved forward with treatment.

“Hands down, every step of the way, I knew I could trust Dr. Kurzrock,” Tami Ames said. “He did a lot of research and consulted other experts before doing anything. He was so methodical.”

Six extensive surgeries followed and with each one, Ames said Kurzrock kept her and her husband informed, double and triple checking everything. The surgeries were a success and despite the challenges she’s faced, Zoey has a positive outlook on life.

“I am amazingly proud of her,” Ames said. “This has not been easy, but with help from Dr. Kurzrock and his team – especially nurse Paula Wagner – Zoey has gained confidence. She’s even been able to help others who share her condition.”

Now a teenager, Zoey is an independent, spirited girl who enjoys karate, swimming and diving. Oh, and visiting her hero.

“Zoey hugs Dr. Kurzrock and makes him laugh every time she sees him,” Ames said. “He changed our lives, and I would defend him to the ends of the earth.” 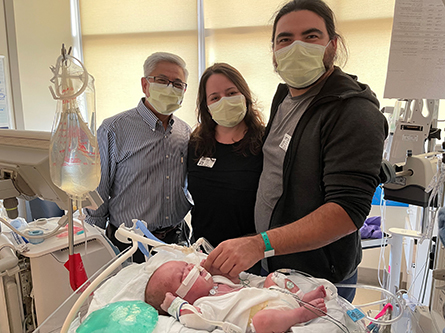 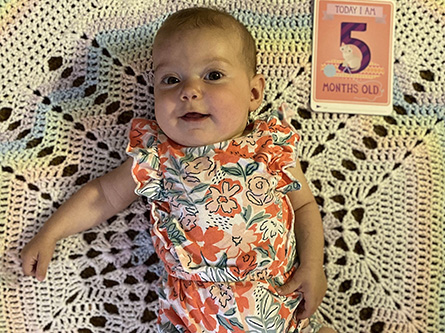