What is Huntington's disease?

Huntington’s disease (often referred to as HD) is a genetically inherited, degenerative, neuropsychiatric disease – a brain disorder. The disease causes neurons to die in the brain, which then causes changes in a person's movement, thinking, and mood.

HD affects both men and women throughout the world, occurring at a rate of about 1 in every 10,000 people. Onset generally occurs between 30 and 50 years of age, but it varies among individuals and within families, and both earlier and later onset can occur.

Children of a parent with HD have a 50 percent chance of inheriting the gene that ultimately results in the disease. Inheritance is determined at conception when the genetic ‘code’ either is or is not transferred from a parent who has the HD gene expansion. A person who inherits the HD gene expansion will develop symptoms of HD at some time during his or her life.

To learn more about genetics and HD, please see our HD Genetics pages.

What are the symptoms of Huntington's disease?

Movement problems may be the first symptoms to be noticed. These symptoms may include involuntary movements in the arms, legs, face, or trunk, called chorea. Other movement problems include figidty movements, tics, difficulty swallowing, balance problems and falls, and muscle rigidity and/or tightness.

Cognition problems generally occur slowly over time. They may begin to occur before noticeable movement changes. As symptoms progress, people often have difficulty performing work-related tasks. They have altered organizational skills and slowed processing of information. They begin to have difficulty with ‘multi-tasking’ and with initiating thoughts and activities. Eventually this leads to the need for supervision and ultimately physical care.

Neuropsychiatric problems include depression, anxiety, obsessional thoughts, irritability, anger outbursts, delirium, and mania. Denial of having HD is common as well. Some people experience marked difficulties with psychiatric symptoms and others not much at all. Symptoms in a parent generally do not predict symptoms in affected offspring.

Symptoms and Progression of the Disease

Symptoms vary among people and even within families. Mood changes and movement changes may be pronounced in some people and fairly mild in others. Regardless of the symptom profile, changes in the brain continue to progress. Ultimately people with HD die, usually 10-20 years after symptom onset. To date there is no cure; however, many treatments exist to help manage the symptoms. 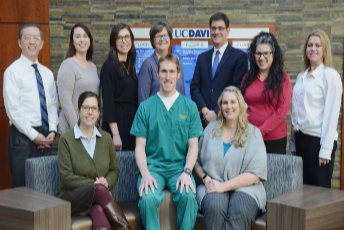