Steps to a cure 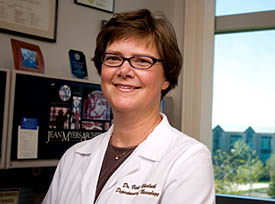 Paul Heyn received the diagnosis of Huntington’s disease three times — first for his wife, then for his son and finally for his daughter. The primary caregiver for his wife, who died eight years ago at age 57, he now cares for his adult children who have difficulty speaking, walking and dressing themselves.

“It’s the worst disease,” said Heyn. “It affects your mind and body, and you pass it on to your children. It changes everybody’s life, and you know it’s only going to get worse as time goes on.”

A hereditary neurological disorder, Huntington’s disease results from the degeneration of brain cells. The deterioration causes uncontrolled movements, emotional disturbance and loss of intellectual faculties. Advanced stages bring total reliance on caregivers. While the cause of the disease is known — a single mutated gene — there is no cure.

“Drug therapy for Huntington’s disease is still in its infancy,” said Vicki Wheelock, associate professor of neurology who directs the UC Davis Movement Disorders Clinic, a recognized center of excellence for the disease. “The first drug specifically for Huntington’s dis­ease was approved by the FDA this year, and while other clinical trials are under way, patients have no other options.”

The construction of two major stem cell research facilities is bringing the reality of human stem cell clinical trials a step closer. In September, UC Davis leaders celebrated with elected officials, business leaders, faculty, donors, families and other distinguished guests the official groundbreaking of the UC Davis Institute for Regenerative Cures, a facility of the California Institute for Regenerative Medicine (CIRM). The 109,000-square-foot facility, partially funded with a $20 million grant from CIRM, will house ultra-specialized laboratories and stem cell manufacturing and testing rooms. A smaller, CIRM-funded laboratory under construction on the Davis campus will offer sci¬entists the unique opportunity to assess the safe use of human embryonic stem cell discoveries in nonhuman primates and other models.

Stem cell therapy offers the potential for a cure, not only for patients with Hunting­ton’s disease but for those with other debilitating conditions, from Alzheimer’s disease and diabetes to osteoarthritis and spinal cord injury. More than 125 UC Davis physicians and scientists are working on regenerative medicine investigations aimed at developing stem cell therapies to prevent, reverse, improve or cure human diseases.

With the Heyn family and many others like them firmly in mind, UC Davis physi­cians and scientists are moving forward with a sense of urgency. 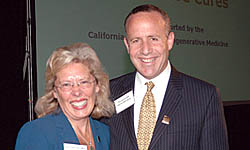 “Our plan is to conduct human clinical trials that deliver stem cells to replace dam­aged brain cells, reducing levels of harmful proteins that build up in the brains of Hunting­ton’s disease patients,” said Jan Nolta, director of the UC Davis Stem Cell Program. “These families are an incredible inspiration for researchers, and it is wonderful to do work that offers them hope.”

Heyn said, “The people at UC Davis have given us so much support. We look forward to joining the clinical trials. Huntington’s disease is devastating. I don’t want other families to have to go through what we’ve been through.” 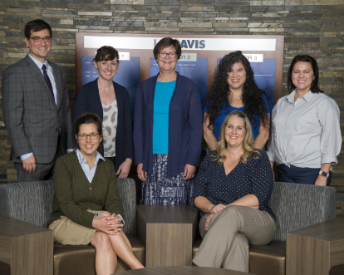