The UC Davis Comprehensive Cancer Center is increasing diversity in its researcher ranks as it reduces health disparities. Two female scientists with experience investigating social determinants of health have joined the research team. 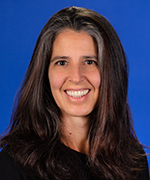 Originally from Buenos Aires, Fejerman left Argentina in 1998 to study in England. She and her husband, a fellow Argentine, have two teenagers. Her husband is a political economy professor at UC Berkeley. 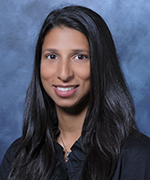 Shehnaz Hussain’s research explores the intersection of infection and cancer. As a molecular epidemiologist, she looks at public health impacts while researching cancer etiology, pathogenesis, chemoprevention and early detection.

Her current research examines the disease continuum from non-alcoholic fatty liver disease to liver cancer. She is focusing on the potential biological basis for disparities in liver cancer, which disproportionately affects Latinos.

Along with science, Hussain enjoys outdoor adventuring with her two young sons and her husband, an emergency room physician.