The UC Davis Comprehensive Cancer Center serves a huge, diverse community. Its primary service area is the size of West Virginia and is home to a heterogenous population, half of which lives in rural areas.

This makes cancer care delivery particularly challenging because of the physical distances involved, according to Moon S. Chen Jr., associate director for Community Outreach and Engagement.

Most UC Davis Comprehensive Cancer Center patients (90%) live in 19 counties in Northern California and the Central Valley. They include a higher percentage of Hispanics, Asian Americans and Native Americans than the national average, as well as a large African American population, which suffers the highest cancer burden in the U.S. 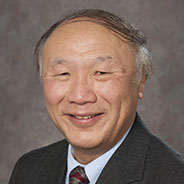 Throughout his career, Chen has worked diligently to mitigate cancer health disparities among underserved populations while initiating and leading many of the cancer center’s community research studies. He places a strong emphasis on screening, vaccination and education strategies among racial and ethnic minorities.

“It’s far more effective to prevent cancer than to cure it,” he said. Chen says that there are a number of outreach programs now being deployed to reach diverse communities throughout the region.

Targeting the biggest cause of cancer

According to Elisa Tong, an internist who directs tobacco cessation initiatives at the cancer center, no cancer prevention strategy has the potential to make a bigger impact than preventing or stopping tobacco use. She cites at least 12 cancers that are caused by tobacco.

With the support of the Cancer Center Cessation Initiative from the National Cancer Institute (NCI) and UC Davis Health, Tong and her team have integrated tobacco treatment into cancer care. Every patient who enters the cancer center is screened for tobacco use and offered treatment. People who use tobacco are strongly encouraged to take part in the UC Davis Comprehensive Cancer Center Stop Tobacco Program (SToP), which includes two highly successful programs that double the chance of staying tobacco-free:

“Stopping tobacco use is not only important for cancer prevention but also for patients undergoing cancer treatment,” said Terri Wolf, cancer center nurse program manager for SToP. She explained that tobacco use can impede healing from surgery or radiation treatments and increases the metabolism of some cancer drugs, which can require double dosages and increase exposure to associated toxicity.

Taking the flavor out of tobacco products

Tong noted that SToP has increased tobacco treatment by sixfold over the past couple of years, thanks to implementation efforts with the cancer center clinic staff. With additional telephone outreach led by Shulkin, over 700 patients with cancer who use tobacco have been reached by the program team.

“We tell patients that when they come to the cancer center, UC Davis will provide them with the best available care for their cancer,” said Tong. “Tobacco treatment is an important part of that care.”

Searching for the basis of breast cancer

Laura Fejerman, associate professor in the Department of Public Health Sciences and co-director of the Women’s Cancer Care Program at the cancer center, joined the faculty this past September with clear goals: She wanted to better understand breast cancer in Latina women and reduce disparities in access to prevention and care services.

She has made important headway in understanding the basis of breast cancer among Latinas. For instance, she has identified a genetic variant that is suspected to protect against breast cancer and is present only in women of Indigenous American ancestry, who have relatively low incidence of the disease.

“Genetic studies are important because they can provide a basis for more targeted cancer screening, as well as inform research in therapy,” said Fejerman.

Fejerman has joined the Latinos United for Cancer Health Advancement Initiative (LUCHA), which she co-leads with Luis Carvajal-Carmona, professor in the UC Davis Department of Biochemistry and Molecular Medicine.

No population is too hard to reach, it’s just that they are hardly reached. We are working to change that.Moon Chen

The LUCHA team reaches out to the Spanish-speaking community to educate them about cancer and facilitate access to information, screening and clinical trials. Fejerman noted many barriers for this population to overcome, including language difficulties, lack of health insurance and in some cases, tenuous residency status.

“UC Davis is doing very well in terms of closing gaps in health disparities among different ethnic groups,” she said. “But we can do better, and I look forward to continuing to help in these efforts.”

Vaccination against the human papillomavirus (HPV) has notoriously low acceptance rates compared with other childhood vaccines in the U.S. This very common virus can cause six types of cancer, which the HPV vaccine is highly effective in preventing.

“American Indian and Alaska Native women have the highest rates of HPV-associated cancers,” said Julie Dang, executive director of the UC Davis Comprehensive Cancer Center Office of Community Outreach and Engagement. “This is why we have especially focused on this group to enhance immunization.”

“Broken leg — vaccinate!” became a rallying cry to drive home the point that no opportunity should be missed to promote vaccination in patients seen at the clinic, no matter what medical problem they come in for. The techniques worked, with 61% of the clinic’s Native American adolescents undergoing complete vaccination at the end of the intervention — more than double the baseline rate.

“Because we were able to change the culture within the clinic, we anticipate that the gains will continue,” said Dang.

She is currently implementing an NCI supplemental one-year grant that expands the program to nine more counties with particularly low vaccination rates. The region is home to a large concentration of rural, Latino agricultural workers and traditional Russian-speaking immigrants. The project will assess factors related to vaccine hesitancy among these groups, then pilot tailored interventions.

Learn how the cancer center is promoting cancer prevention to vulnerable populations.

The cancer center has a clear mandate to reduce disparities in health outcomes, explained Chen, who is proud of the many efforts the cancer center is taking throughout the region through cancer prevention such as tobacco use abatement and HPV vaccination promotion increasing access to screenings, and laboratory-based work to uncover the genetic bases of disparities.

“No population is too hard to reach it’s just that they are hardly reached,” he concluded. “We are working to change that.”