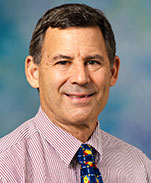 Dr. Gross holds joint appointments in two departments. For the Department of Cell Biology and Human Anatomy, he teaches Gross Anatomy to medical students and is course director for an undergraduate course in Human Anatomy. He also teaches Human Clinical Neuroanatomy on the Davis Campus. In the Department of Pediatrics, he is a practicing pediatrician at the University of California, Davis Medical Center, seeing patients in the Urgent Care Center. He also participates in the clinical training of medical students and pediatric interns and residents. He is a member of CA-11, California’s federal Disaster Medical Assistance Team, a rapid-response team trained to supplement local medical care in a disaster setting.  Dr. Gross is also the Medical Director of UC Davis School of Medicine’s newest student-run clinic, RIVER, a mobile pediatric medical clinic bringing primary care services directly to communities in need.

In addition to his teaching and clinical duties at UC Davis, Dr. Gross is involved in numerous global health activities, including leading medical teams to Central America and Africa to provide medical care to remote villages with little or no access to medical services. He has worked with the World Health Organization to help develop and implement their worldwide program to reduce infant and child mortality, Integrated Management of Childhood Illness (IMCI). He currently is the director of a project within the University of California Haiti Initiative to improve the quality of pediatric care at the only free public state hospital in Haiti.

The department of Cell Biology and Human Anatomy is in the Top 20 and ranked 7 nationally for 2021 National Institute of Health (NIH) funding. Congratulations!!