Discover the pediatric specialists who surgically reconstructed Lily’s inner ears so she could hear her calling. 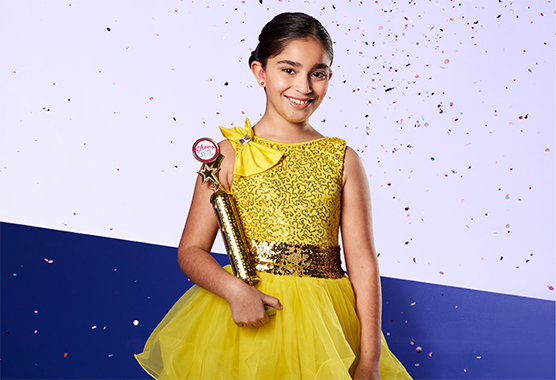 The care that turned last chance into 1st place

Lily inherited a condition that filled her parents with dread

Asha and Stephen Repace always knew their children would face a 50-50 chance of inheriting branchio-oto-renal syndrome, a condition Stephen suffers from that damages the inner ears and kidneys. So when their newborn daughter Lily failed her hearing tests, they weren’t surprised.

However, not surprised is not the same as ready. In fact, the news was their worst fears come true.

Stephen felt a lot of guilt over being the genetic source of Lily’s hearing loss and future health issues. As for Asha, she simply felt overwhelmed by what lay ahead. “It was a lot to take in and prepare for.”

Care that filled them with hope

Desperate for help, they turned to UC Davis Health. All of Lily’s physicians — her pediatrician, pediatric otolaryngologist, pediatric nephrologist and audiologist — are with UC Davis Health. “They’re not only the best doctors from every specialty, literally, they’ve become like family to us,” describes Asha. “If it weren’t for them — from the front desk associates and other staff to the nurses and physicians — this would have been a lot harder on me.”

At the age of one, Lily had the first of five surgeries to insert tubes in her ears to drain them. At the age of six, she had major surgery to reconstruct the deteriorating bones in her ears and remove scar tissue, clearing up years of nonstop infections. Lily was finally able to wear her hearing aids consistently. Dr. Rodney Diaz performed all of these surgeries, and as a result, her hearing dramatically improved.

That’s when she began to hear something she hasn’t yet gotten out of her head.

I just don’t know that I would get that kind of attention and care anywhere else but UC Davis Health. Lily is like a VIP there. And she’s so happy and healthy.—Asha, Lily’s mom

First she received her hearing, then her life’s calling

At the suggestion of her pediatrician, Dr. Michael Lucien, and audiologist, Dr. Audrey Bracchi, Lily began taking dance lessons at the age of three. The social interaction was good for her lagging language development, and the exercise was good for her kidneys. Ever since she’d seen her first movie, Frozen, Lily had been “singing and dancing her heart out,” says Asha. Now with better hearing and much more confidence, she decided to try competitive dance.

As it turns out, “she’s a natural,” says Asha. “She loves being on stage. More than anywhere else, that’s where she’s her best self.”

Today, 10-year-old Lily dances five days a week. She recently joined a hip-hop dance troupe in Los Angeles, so she dances a lot of weekends there as well. In late 2021, she performed in the video for an anti-bullying song by the group AyeCMRascals.

Her life’s goal? “I want to be a dance instructor,” Lily declares without hesitation.

Developmentally, Lily is long past caught up and is thriving at school. She has lost the functionality of one kidney, but she’s on medication and Dr. Lavjay Butani, her long-time nephrologist, closely monitors the remaining one.

“I just don’t know that I would get that kind of attention and care anywhere else but UC Davis Health,” says her mom. “Lily is like a VIP there. And she’s so happy and healthy.”