Discover the life-saving care that helped Teri start a new chapter of life after conquering cancer. 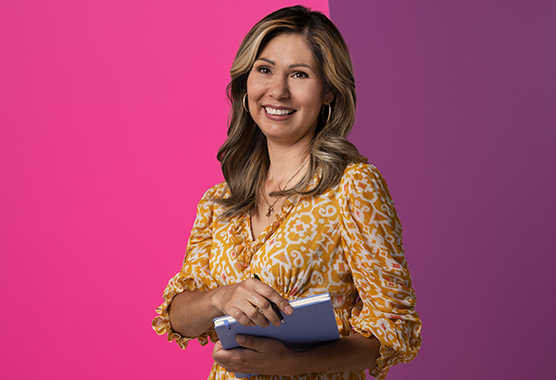 The cancer care that started a new chapter

‘Don’t let anyone tell you that you are too young’

These are the words Teri shares with others facing a possible cancer diagnosis today. “Remember that you know your body best,” she says. “If you don’t like the answer you’re getting, keep asking questions and get a second opinion.”

It’s that strong sense of her own personal health that Teri can credit for possibly saving her life.

In 2011, after experiencing some unusual bleeding when using the restroom, Teri reached out to her doctor at the time. After a single appointment and a few questions, she was diagnosed with common hemorrhoids. As a young mom to five children, she was told it was a minor issue that would go away with a cream.

“At that point, it wasn’t something that was too intense. But as time went on, I noticed that it was getting worse,” she explains.

Teri went on to change health plans a couple years later and was told yet again by another doctor that it was hemorrhoids, and she just needed a different kind of medication.

By this time, she knew she had to go on a mission to find the real answer:

“Things were happening. I was low on iron; I was tired all the time. I absolutely knew something still wasn’t right.”

In July 2016, now years after her original diagnosis, Teri was finally granted a colonoscopy, a common procedure that can screen for colorectal cancer.

Within the year, Teri finally got her answer: she had stage III colorectal cancer.

I’ve gone through some difficult ups and downs, but through it all, I was treated by a very thorough, understanding, caring and supportive team at UC Davis Health.—Teri

Shaken by the news, Teri knew there was no time to waste. The doctors she was currently seeing couldn’t agree on a plan and months were going by.

“Every night I waited for care I was tossing and turning, thinking about what was growing inside of me. I knew I couldn’t wait,” she says.

That’s when a friend encouraged her to seek care with UC Davis Health.

“I reached out, and they called me back immediately. I wasn’t used to that. I went from waiting months with my current doctors to starting chemo within two weeks at UC Davis.”

Teri recalls the feelings of reassurance after hearing from UC Davis Health oncologist Dr. May Cho. “Dr. Cho explained everything to me, and how it was going to work,” she says. “It was the quickest response I had ever received since the time of my diagnosis.”

Soon, it was clear that immediate care had paid off.

After surgery and a round of chemotherapy, there was finally good news waiting for Teri.

“I had no indication of cancer left in my whole body,” she says.

“I’ve gone through some difficult ups and downs, but through it all, I was treated by a very thorough, understanding, caring and supportive team at UC Davis Health. They’re the ones that gave me this chance – to be cancer free and happily thriving. Their knowledge, dedication, and diligence saved my life.”

Teri continues to support others diagnosed with cancer and encourages patients to be advocates for their own care.