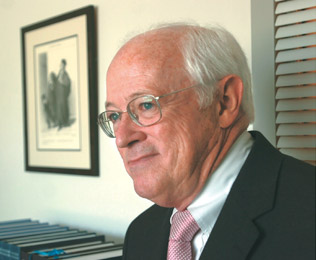 Emeritus professor and former alumni association endowed chair of bioethics at the UC Davis School of Medicine, passed away at his Sacramento home in September at 71. He penned a popular bioethics column in this publication for many years before his retirement.

After receiving his law degree in 1973 from Washington University in St. Louis, Rich served as an administrative law judge, counsel to academic health centers, and general counsel for the University of Colorado system, where he also earned a Ph.D. in philosophy.

He began to consider a second career as a university professor in the 1980s, after taking interest in bioethics while teaching health law at Colorado. He joined UC Davis in 2000 and became director of the bioethics program in 2007, where he was known for his strong sense of social justice.

Rich’s special interests included the legal and ethical aspects of the physician-patient relationship, end-of-life care, and pain management. He shared expertise with lawmakers and served on national advisory committees, helping to guide complex decisions and shape practices to benefit patients.

Along the way, Rich was a cherished colleague whose door was always open to students and colleagues seeking advice. He is survived by his wife Kathleen. 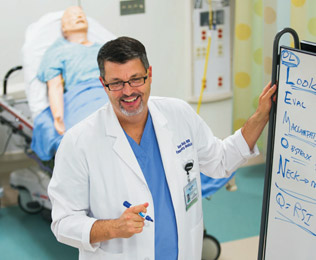 Former professor of emergency medicine, associate dean of continuing medical education, and director of the Center for Virtual Care, passed away in New Orleans last November at 52.

Bair, a longtime UC Davis Aggie — from medical school through his residency and career — suffered from a challenging autoimmune condition for more than 30 years. He took early retirement in 2016 and had traveled to Louisiana in hopes of a liver transplant.

Bair was instrumental in several key initiatives, and served as medical director of UC Davis Health’s Center for Health and Technology and Solano County’s emergency medical services while continuing his clinical work.

Bair was highly regarded — and perhaps best known — for teaching and mentoring countless students, staff, visiting scholars and faculty. His approachable, down-to-earth manner made him a trusted colleague and friend to many. He is survived by his daughter Kelsey, son Daniel, and wife Yali.