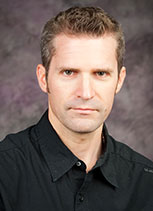 The host innate immune system plays essential roles in detecting invading viruses and in initiating and orchestrating antiviral responses. To establish productive infections, it is essential that viruses effectively inhibit this host response. These conflicting interactions have led to evolutionary arms races between the hosts and the viruses.

The Rothenburg lab focuses on the interaction between viruses and the immune system of their hosts. We are especially interested in how these interactions influence the host range and virulence of viruses. We are studying how viral nucleic acids are detected in vertebrates, which antiviral pathways are activated, and how viral molecules interfere with these processes. Understanding these interactions will lead to important insights into the role of species-specific interactions of the innate immune system with viral modulators, which is relevant for the understanding of virus host range and virulence and lay the foundation for a better prediction of which viruses pose significant future threats.

One key immune antiviral protein that we are studying is the protein kinase PKR. PKR detects virus infections by recognizing viral double-stranded RNA, which is formed during virus replication. Activated PKR phosphorylates the translation initiation factor eIF2a, which leads to the general suppression of protein synthesis and the upregulation of stress-responsive proteins and genes. In order to evade the antiviral effects of PKR, viruses have evolved a plethora of different genes, whose products inhibit PKR activation and activity. We are studying the mechanisms by which these viral molecules inhibit PKR and if they differentially inhibit PKR from various mammalian species.

In related projects, we are elucidating how poxviruses evolve on the genomic level in order to adapt to new hosts and how they acquire novel genes from their hosts. We are harnessing this knowledge to engineer poxviruses with enhanced capabilities to selectively destroy cancer cells and to create proteins with enhanced antiviral activity that will help to prevent the transmission of viruses from animals to humans and to other animals.