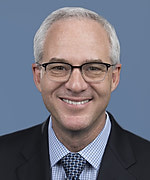 I am dedicated to delivering the highest quality vascular care to my patients, which includes an outstanding patient experience.  I can offer the latest proven technologies and an approach that includes personalized decision making based on your specific situation and both medical and surgical treatment options.

I am fully trained and experienced in both open surgery and minimally invasive treatments, and so I can provide an unbiased recommendation for the best option for you.

I value the doctor-patient relationship, and will provide ongoing surveillance for your vascular condition.  This approach to comprehensive vascular care embodies UC Davis Health’s mission of improving lives and transforming health care.

He is a well-regarded expert in health policy, and is nationally recognized for his work in aneurysm screening, surveillance, and improving systems of care for treating ruptured abdominal aortic aneurysms.

He also has interest in the influence of health care systems on the use of new  and existing technology.

American College of Surgeons/Society for Vascular Surgery Scholarship for Leadership in Health Policy, 2013

A commitment to patients