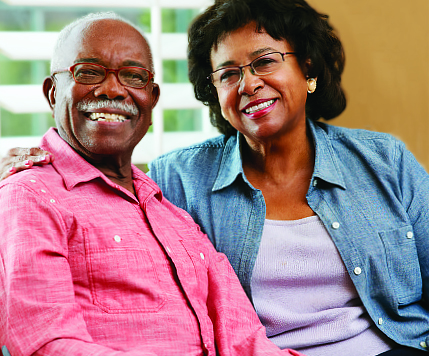 Welcome! The UC Davis Alzheimer’s Disease Center in the East Bay is a nationally recognized center of excellence for advancing knowledge of Alzheimer’s disease and other dementias through comprehensive patient evaluations, leading-edge research, and world class clinical science. Our patient-centered clinic provides diagnostics and advanced treatment of all the dementias.

The East Bay ADC clinic offers personalized care and diagnostic services, clinical research programs and the most advanced clinical trials. Our integrated team of dementia specialists is dedicated to improving the lives of people with dementia and their families across the East Bay. Our team of specialists includes neurologists, psychiatrists, geriatricians, neuropsychologists, nurses and social workers.

If you or anyone you love experiences trouble with their memory or thinking, shopping independently, or communicating their thoughts and feelings, please contact the UC Davis Alzheimer’s Disease Center in the East Bay for an evaluation. Patients may self-refer or be referred by a family member, physician or community agency.

Our team is seeking African-American older adults to join a longitudinal study that may help shed light on the clinical cognitive, neuroimaging and biomarkers of Alzheimer’s disease among older adults in the African-American community. One of the main reasons Alzheimer’s disease (AD) is known as the silent epidemic in the African-American community is because few African Americans have historically participated in Alzheimer's research. As a result, little is known about why the illness affects blacks twice as often as whites. Currently there is limited information about strategies to improve diagnosis and expand treatment options for older African American adults. The UC Davis Alzheimer's Disease Center, located in the East Bay, utilizes the latest methods for diagnosing the disease earlier and recommending  culturally-informed, effective treatments.

The UC Davis Alzheimer’s Disease Center East Bay is a unique research and medical training facility focused on understanding how cognitive problems eventually develop into Alzheimer’s disease. We are one of the world’s cutting-edge research facilities and our team recommends safe and effective treatments for our diverse Northern California population. Patients may self-refer or be referred by a family member, physician or community agency.

Contact us to learn more about our services or to schedule an appointment!