Organic foods continue to increase in popularity across the U. S. with many believing eating organic is better for health. About 5% of total food sales are organic, and that is projected to increase by an average of 6% each year.

However, is it really true that organic is healthier? The idea of organic food is a great concept, but it can also burn a hole in your wallet.

Dean Blumberg and Lena Rothstein, two pediatricians from UC Davis Children’s Hospital, tackle this topic in Episode 11 of their podcast “Kids Considered.” Here are some takeaways:

What does it mean for food to be organic?

The U.S. Department of Agriculture defines organic as crops that are produced on farms that have not used most synthetic pesticides herbicides or fertilizer for three years before harvesting the food. There needs to be a significant buffer zone to decrease contamination from adjacent farm lands. Farms also have to be free from any genetic engineering, ionizing radiation or sewage sludge (yuck). And as it relates to livestock, animals must be fed organic feed, live on organic land and be raised without routine antibiotics or hormones.

Why are organic foods often so much more expensive than conventionally grown produce and meat?

On average, organic foods cost 50% more than their conventionally produced counterparts. This is largely because farmers have to pay close attention to their cultivation practices. Pests, weeds and diseases must be managed by physical, mechanical and biological controls instead of pesticides. When it comes to meat and dairy products, animals that are not raised organic are often given growth hormones that increase milk production and steroids that help promote growth, yielding more meat. Increased meat and milk production means farmers don’t have to charge as much because they have more to sell.

Organic foods are not healthier, per se, in terms of nutrients. You are still getting the same benefits in conventionally grown foods as you are in organic foods.

Organic milk has the same protein, mineral, lipid and vitamin content as normal milk. Nonorganic milk typically has growth hormones, which are specific to each species. So, drinking milk with bovine growth hormone, which is degraded by stomach acid, has no physiological impact on humans.

Is it safe to buy nonorganic meat?

Sex steroids like estrogen may be given to cattle to increase meat yield, making production more efficient for farmers. However, the sex steroid levels are extremely low. Treated and untreated cattle have about the same level of sex steroids. It is possible that when combined with other sex steroids, certain people can be susceptible to harm.

Antibiotics can also be used to promote growth in livestock. They are similar to those used in humans but are not meant to treat health issues. This use of antibiotics increases the development of drug-resistant bacteria, which can be transmitted to humans, making it harder to treat infections.

What effects can pesticides have on children? Can they have effects on adults?

Increased exposure to pesticides can lead to increased risk of ADHD and autism. It is also linked to reduced cognitive skills, ability to learn and memory. Exposure to pesticides may lead to the development of Parkinson’s disease, fertility issues and cognitive decline later in life. There is also a potential link between cancer and pesticides. In 2015, the International Agency for Research on Cancer classified three common pesticides as carcinogenic. The primary exposure in humans was through diet.

Overall, is it better to eat organic?

Organic diets we know lead to less pesticide and antibiotic exposure, but nutritionally, they are about the same. In addition, there’s no evidence of clinically relevant differences between organic and conventional milk. There isn’t a concrete study that proves organic foods lead to healthier children. But eating organic is an advantage since we know pesticides can lead to neurodevelopmental issues and are strongly associated with cancer.

Should you buy all organic produce? Or are there some fruits and vegetables that are OK to buy nonorganic?

Avocados, cantaloupe, pineapple, broccoli, cabbage and corn have low levels of pesticides, so there’s no real need to buy organic. In contrast, strawberries, spinach, grapes, apples, tomatoes and celery have high levels of pesticide residues. If you want to get the most bang for your buck on produce, frozen veggies can be cheaper than fresh, and they are very similar in quality.

3 tips for healthy weight loss in the new year 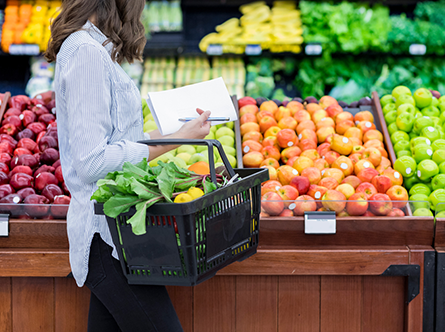 Meal planning tips to eat healthier and stay on budget 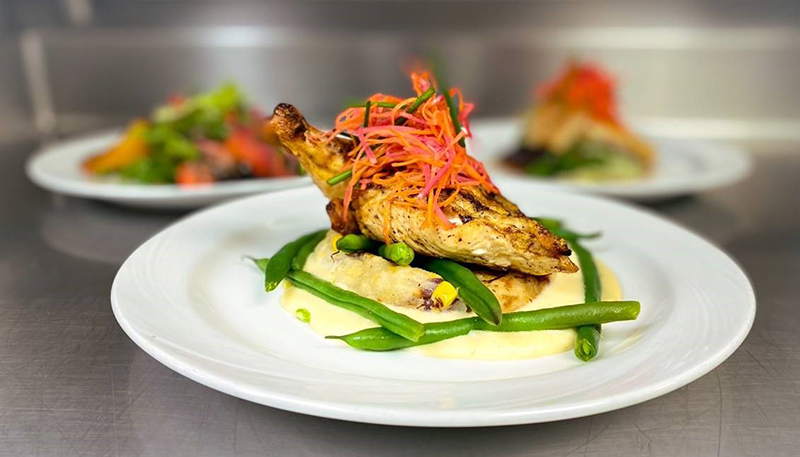