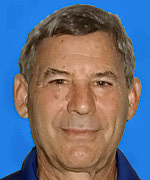 I treat every child as a unique individual who deserves the best possible care. I especially value educating the patient and/or parents about the condition being treated, so they can understand and participate in the plan for their child.

Dr. Gross is a general pediatrician practicing in the UC Davis Urgent Care Clinic. He sees patients after hospital discharge, for followup after being seen in the emergency room, and for acute illness and injury.

Dr. Gross teaches Gross Anatomy and Neuroanatomy to medical students and is course director for an undergraduate course in Human Anatomy. He is a Clinical Professor in the Department of Pediatrics at the UC Davis Medical Center, where he sees patients in the Pediatric Urgent Care Center. He also participates in the clinical training of medical students and pediatric interns and residents. He has won virtually every major teaching award offered at UC Davis, has been recognized with many prestigious awards for his humanitarian service.

In addition to his teaching and clinical duties at UC Davis, Dr. Gross is involved in multiple global health projects. He has provided healthcare in remote regions of Africa, Central and South America. He has worked with the World Health Organization to help develop and implement their worldwide program to reduce infant and child mortality, Integrated Management of Childhood Illness (IMCI).  He is a member of CA-11, California’s federal Disaster Medical Assistance Team, a rapid-response team trained to supplement local medical care in a disaster setting. He has deployed in the immediate aftermath of Hurricane Katrina, Typhoon Haiyan in the Philippines, the earthquake in Haiti, and Hurricane Maria in Puerto Rico. His experience in Haiti led him to become the Founding Director of the UC Haiti Initiative, a program involving a collaboration between the State University of Haiti and several UC campuses. Since 2010, he has been the director of a project to improve pediatric care and training at the Haiti State University Hospital in Port-au-Prince.

Dr. Gross and his wife Dana are very active in the foster care community in Yolo County and have had more than 150 foster children over the past 25 years.

Excellence in Teaching Certificate, Class of 1997, UC School of Medicine, 1997

Gate Pharmaceuticals Award for Outstanding Achievement in the Study of Medicine, 1990