The Distinguished Alumnus Award was launched in 2015 and honors a graduate of our residency or fellowship program. The purpose of the award is to recognize alumni who illustrate the many facets of professional and personal success in our specialty and who will inspire our trainees in their career journeys and inspire our faculty in their educational roles. 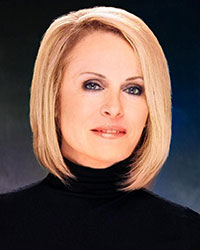 Kristen Vandewalker MD is a practicing pathologist with Diagnostic Pathology Medical Group in Sacramento where she serves as Chief of Laboratory Medicine at Sutter Medical Center as well as Medical Director for Sutter Valley Area Medical Foundation’s Microbiology Laboratory. In addition to her success as an institutional leader and practitioner, Dr. Vandewalker has achieved acclaim as a medical/scientific technical consultant for many popular television dramas, including ABC's Body of Proof, CBS’s CSI, NBC’s Chicago Med, Fox Broadcasting’s The Following, and others. A 2001 graduate of the UC Davis School of Medicine, Dr. Vandewalker completed her residency in anatomic and clinical pathology at UC Davis Medical Center in 2006 where she received the Housestaff Professionalism Award in 2003. 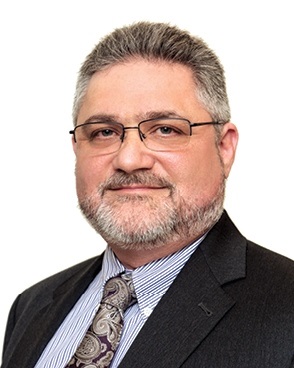 A pioneer in the field of biomedical informatics, Dr. Gálvez is the Chief of the Office of Biomedical Translational Research Informatics System at the National Institutes of Health (NIH) Clinical Center. He oversees acquisition, curation, and management of high quality clinical and research data collected from across the NIH’s many institutes and centers, supporting investigators in their discovery of new knowledge and clinical care of patients. In recognition of his work, Dr. Gálvez received the 2014 NIH Award of Merit for Clinical Trial Repository Collaboration with FDA, the 2012 NCI Director’s Award: Marker Nomenclature and Database Committee for the Clinical Trials Reporting Project, and the 2010 National Heart, Lung, and Blood Institute Star Award. A graduate of the UC Davis School of Medicine and UC Davis Health’s residency program in pathology and laboratory medicine, he also served as the department’s first informatics fellow and was honored by the medical school’s alumni society with their Transformational Leadership Award in 2017. Before joining the NIH, Dr. Galvez served as a UC Davis faculty member and Director of Bioinformatics and supported many national efforts in these roles, including the National Cancer Institute-sponsored Mouse Models of Human Cancer Consortium. 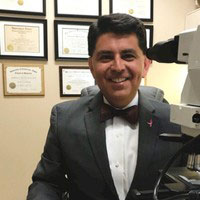 Dr. Martinez-Torres completed his residency at UCDMC in 1993, followed by a forensic pathology fellowship at the Sacramento Coroner’s Office. He is Chair of Pathology and Laboratory Medicine at Ascension/Columbia-St. Mary’s Hospital in Milwaukee where he is recognized as dedicated breast health expert and serves as a member of the Columbia St. Mary's Multidisciplinary Clinic for breast cancer. He is also the President of North Shore Pathologists, SC which serves 27 hospitals throughout the state of Wisconsin. Active as a volunteer and leader in professional societies and community organizations, Dr. Martinez-Torres is Vice President of the College of American Pathologists Foundation, and serves as the board president for the Susan G. Komen affiliate in Wisconsin, as well as on boards for Columbia-St. Mary’s Hospital, the Wisconsin Society of Pathologists, and the Milwaukee Area Pathology Society. In 2017, the Wisconsin Society of Pathologists (WSP) awarded Dr. Guillermo Martinez-Torres their first Raymond C. Zastrow Award for leadership, service and advocacy efforts to the society and profession. 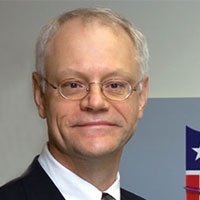 Dr. Hinrichs is the Chair of Pathology & Microbiology at the University of Nebraska Medical Center (UNMC) and serves as Director of the Nebraska Public Health Laboratory. He completed his residency at UCDMC in 1984, followed by a two year fellowship at the National institute of Health in Laboratory of Molecular Virology, and served on UC Davis faculty before joining the University of Nebraska in 1991. Following the tragic events of September 11, 2001, Dr. Hinrichs’ was appointed the director of the University of Nebraska’s new Center for Biosecurity, the largest in the country and designed to provide first line treatment for people affected by bioterrorism or extremely infectious natural diseases. During the Ebola outbreak of 2015, UNMC served as a destination center and treated four patients. A working leader and role model, Dr. Hinrichs personally performed the autopsy on the Ebola patient who died. Thanks to his leadership, UNMC was recognized as a national asset and referred to as the "gold standard" for treatment and development of safety protocols to handle Ebola and highly infectious diseases. Dr. Hinrichs received the Association of Public Health Laboratories’ Lifetime Achievement Award in 2014. His research interests are in the molecular biology of cancer and infectious diseases, including how infectious diseases, including viruses, are involved in the development of the neoplastic process or complicate its treatment. He has published over 140 articles. 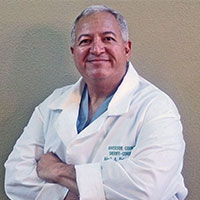 Dr. Fajardo is the Chief Forensic Pathologist for Riverside County and also served as Chief Medical Examiner-Coroner for Los Angeles County, one of the busiest coroner’s offices in the world with almost 5700 autopsies annually. A highly ethical and compassionate pathologist, he made news in 2016 when he chose to quit the Los Angeles Coroner’s Office after only two years and return to his former job in Riverside County due to insufficient resources leading to case delays impacting the families of the deceased. Dr. Fajardo has performed autopsies on many high-profile cases, and co-authored a 2017 position paper as a member of an ad hoc committee for the National Association of Medical Examiners which provides recommendations for the investigation, examination, and reporting of deaths in custody. 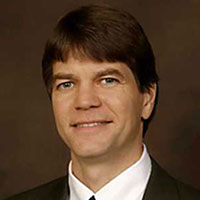 Dr. Hansen completed his residency at UCDMC in 1999, as well as a fellowship in hematopathology in 2000, and leads the Monterey Pathologists Medical Group in Monterey, CA. A strong supporter of our training programs as a volunteer clinical faculty member, he is a frequent departmental visitor and shares cases and advice, and generously hosts residents for community rotations. Dr. Hansen is also an inspirational volunteer in global health projects in Africa to improve the quality of pathology practice and education in this underserved region. He has shared his experiences in Africa during his visits to the department, and has hosted rotations for Rwandan pathology residents at his own hospital and at UCDMC. Dr. Hansen was one of the volunteers featured in a 2018 article in Clinics of Laboratory Medicine “Voices from the field: interviews with global health volunteers”.