A male in his early thirties with no significant past medical history presented with perineal pain several weeks after a ground level fall and was found to have a large peritoneal hematoma requiring drainage. A CT scan of the abdomen and pelvis demonstrated a large (14 x 13 x 8 cm), heterogeneously enhancing fluid collection which extended from the perineum to the base of the penis, with features suggestive of abscess superimposed on the known clinical history of trauma, with enlarged adjacent lymph nodes. The patient returned several days later to the emergency department with repeat bleeding. The patient was admitted before undergoing multiple procedures to control persistent bleeding from this site.

Fragments of red soft tissue from a debridement of this perineal wound were received for histopathologic examination. The specimen is primarily comprised of discohesive, large polygonal cells with abundant eosinophilic cytoplasm, eccentrically placed large atypical nuclei with vesicular chromatin, prominent nucleoli, and frequent mitoses (Figures 1-4). There is large amounts of adjacent hemorrhage and necrosis. 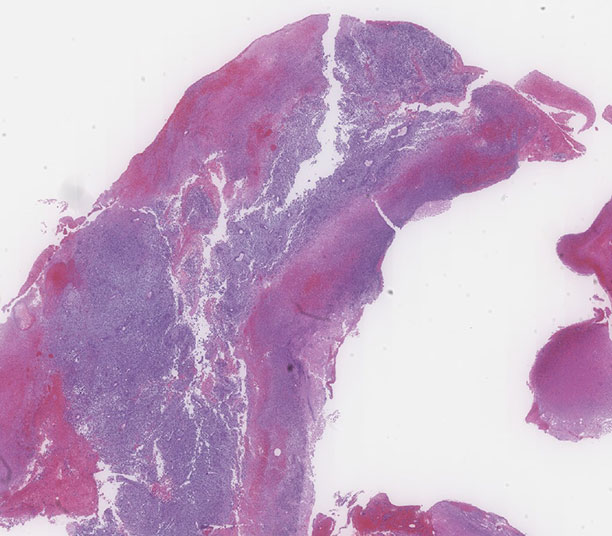 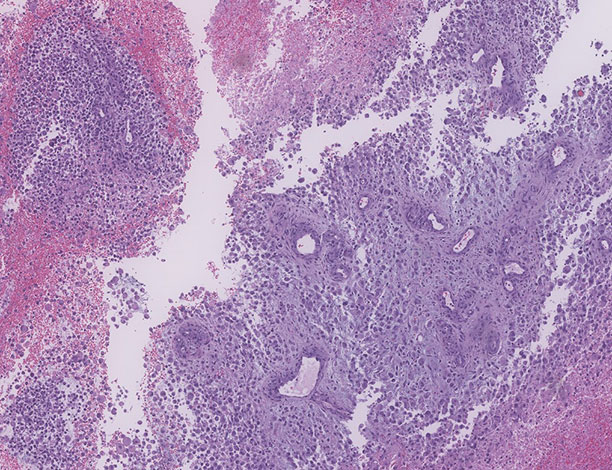 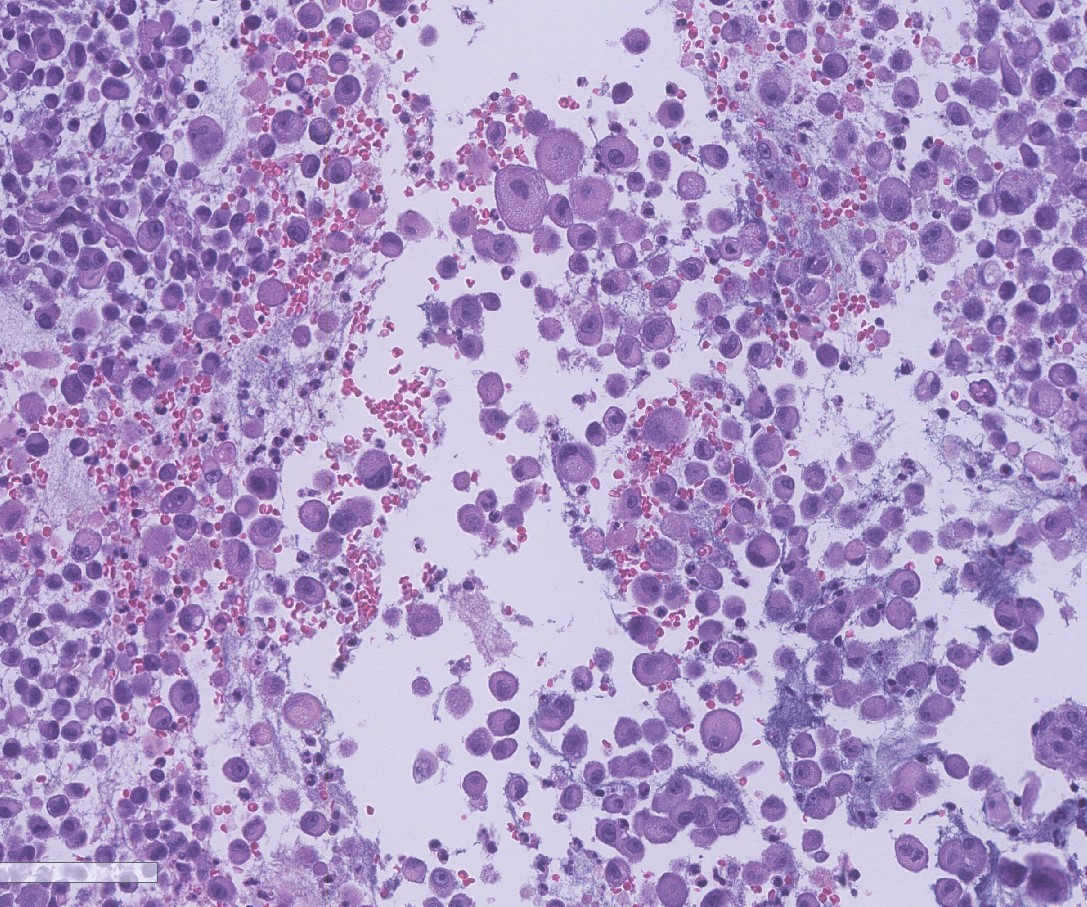 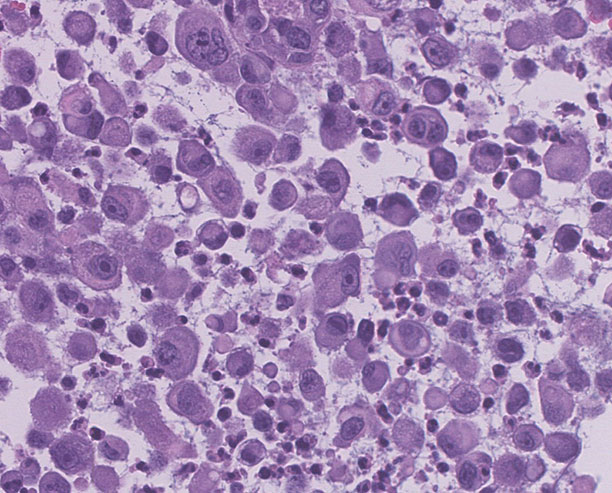 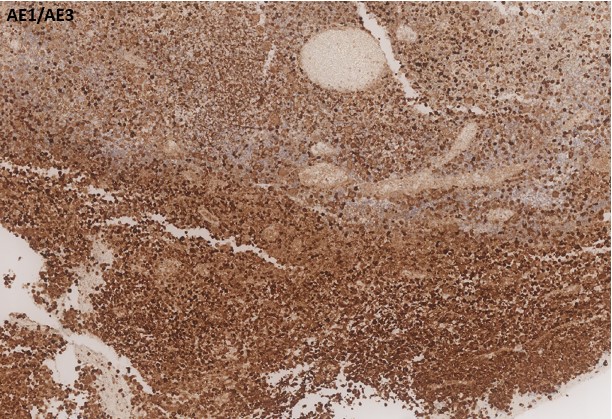