The patient is a 54-year-old right-hand dominant man with a history of epilepsy and obstructive sleep apnea who has been experiencing recurrent refractory seizures. He reports brief loss of responsiveness, lack of awareness, and appearing to “black out”. He denies tobacco or alcohol use but does use marijuana.

Physical exam findings showed that the patient is alert, awake, orient x3. His cranial nerve test is unremarkable. Motor and sensation are grossly intact throughout. He has no difficulty standing or walking without assistance. No cerebellar deficits are noted. The remaining physical exam is unremarkable. The patient was sent for a brain MRI. 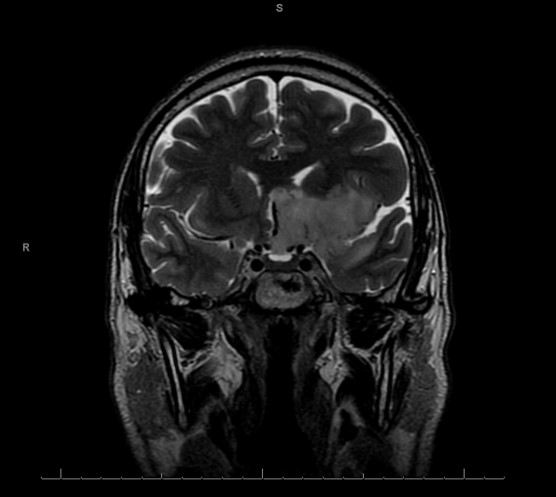 The excisional biopsy specimen consists of tissue that is mildly hypercellular that includes an infiltrate of cells with moderately enlarged uniform round to ovoid nuclei showing fine chromatin, without significant nuclear pleomorphism. No mitoses, necrosis, or microvascular proliferation is appreciated. Several immunohistochemical stains are performed, with the results depicted below in the slide images. A molecular test is performed and the result is depicted below. 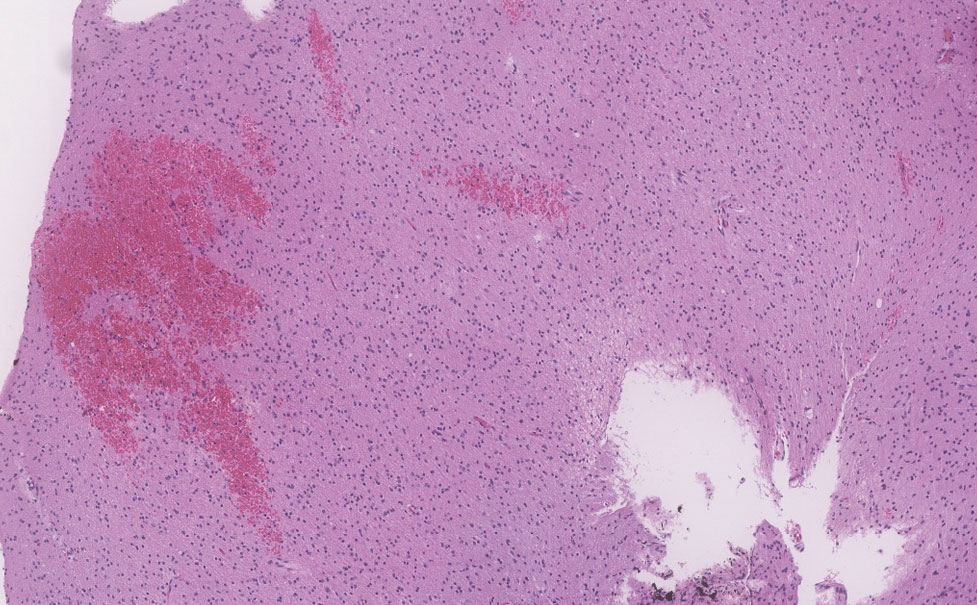 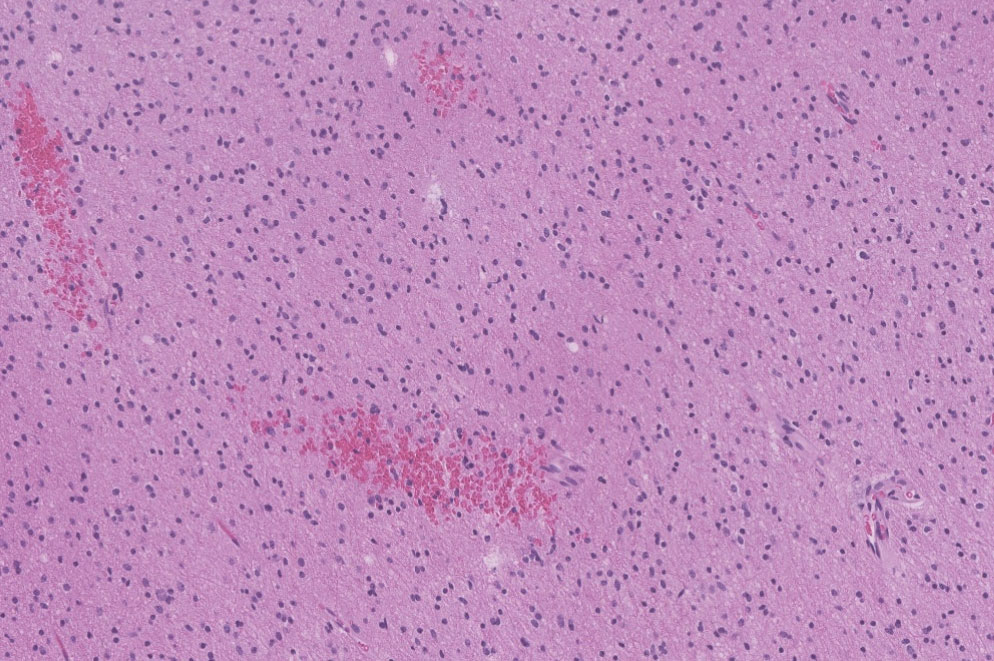 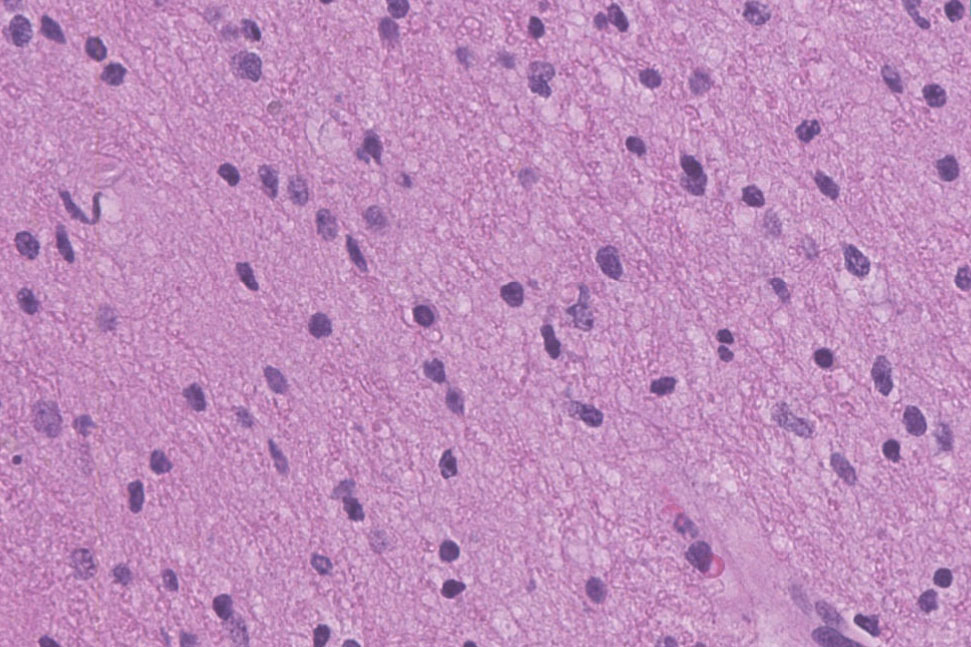 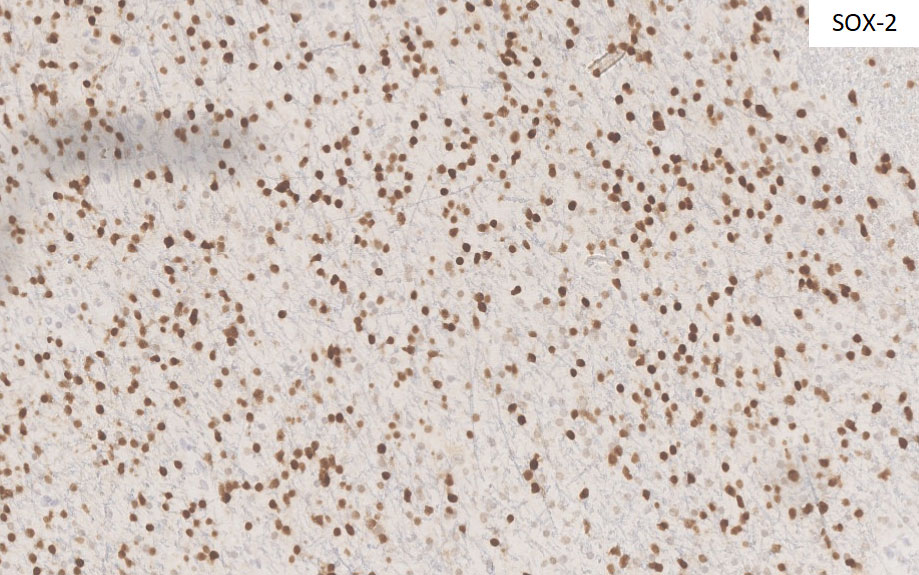 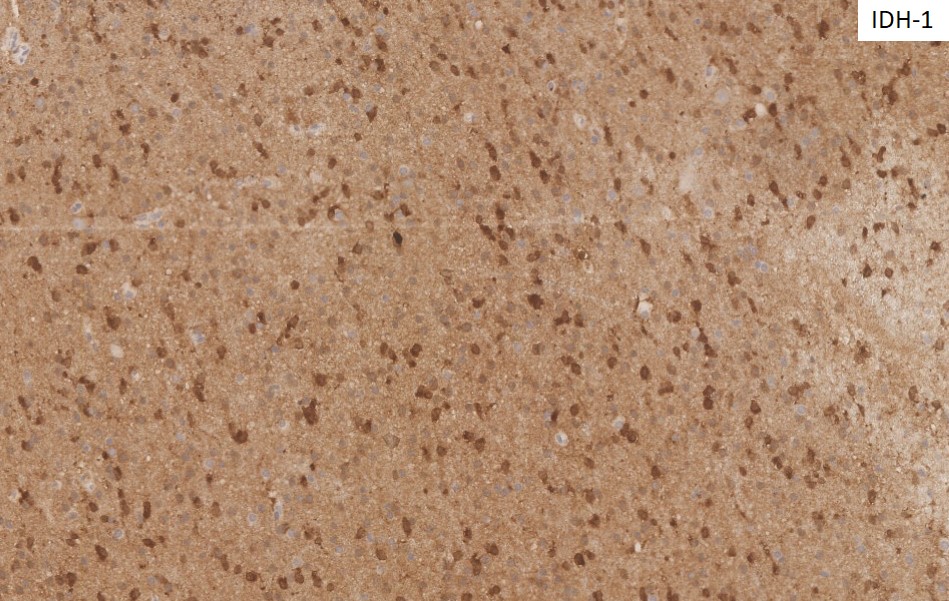 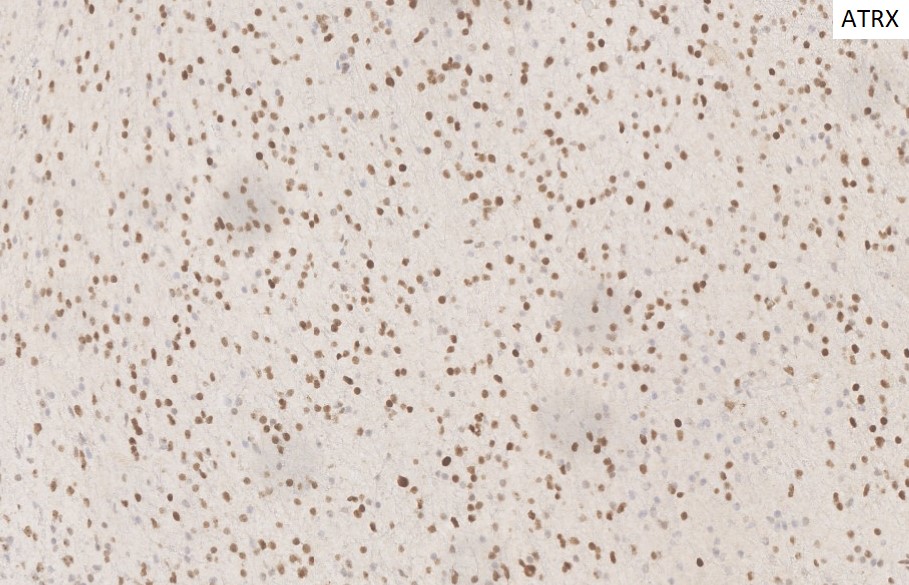 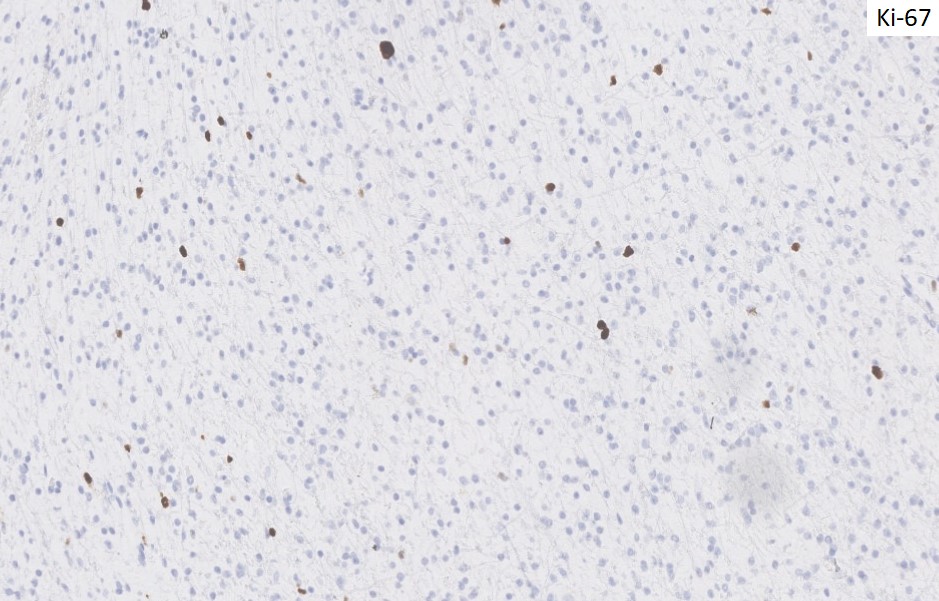