A 14-year-old female presented with a left neck swelling that has been present for several years. She initially thought it was normal and didn’t pursue care. A few months prior to presenting at UC Davis, she saw her PCP due to feeling tired and the noted the left parotid/left neck mass. Her past medical history includes a 7mm thyroid nodule.

An ultrasound showed a bilobed complex solid and cystic mass at the left submandibular region. A follow-up CT scan showed the mixed solid and cystic mass identified by ultrasound is located in the inferior portion of the left parotid gland. (Figure 1) The left submandibular and posterior cervical triangle lymph nodes on the left side are asymmetrically larger than their counterpart on the right however they remain within normal limits by CT size criteria and do not appear to be morphologically pathologic. 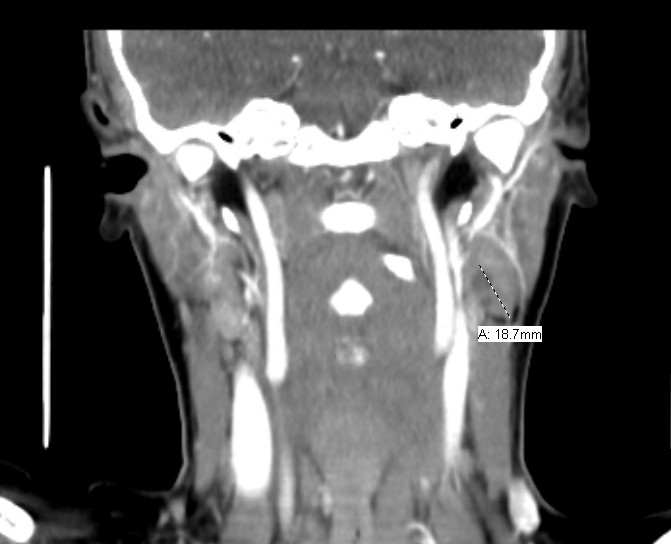 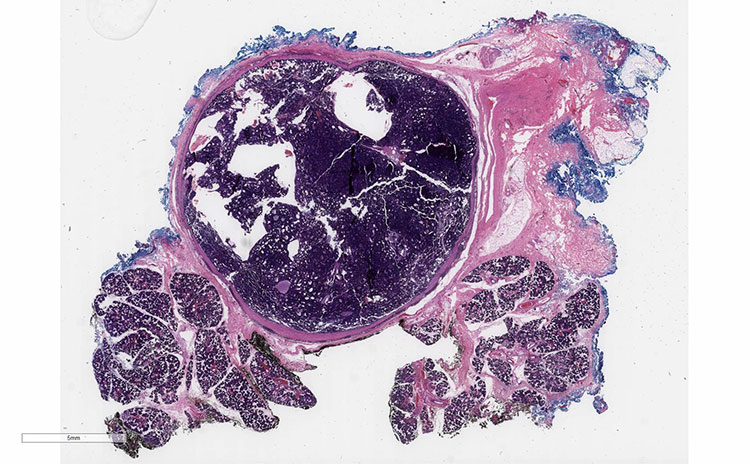 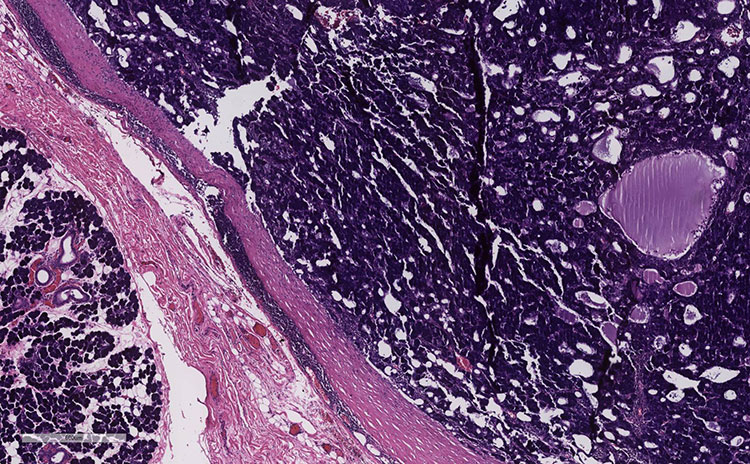 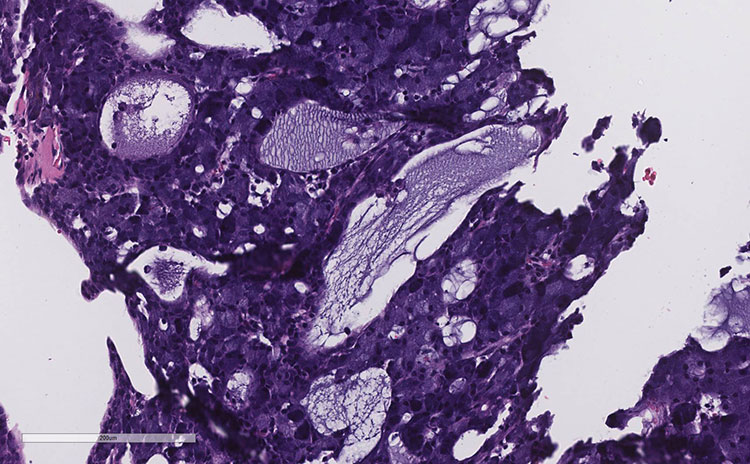