In childhood, medulloblastoma is the most common malignant tumor. The tumor generally occurs in the first 20 years of life, with the median age being 9 years. Medulloblastoma has a slight predominance in males ~ 2:11.

Medulloblastoma is an embryonal neuroepithelial tumor that arises in the cerebellum or dorsal brainstem3. The mass can cause an increase in intracranial pressure due to obstruction of the 4th ventricle, which can lead to headache, lethargy, and vomiting3. Imaging would reveal a midline homogenous mass with peritumoral edema. On gross examination, the mass is a gray-pink, soft friable mass. Treatment can be via surgery or radiation. Medulloblastoma has a 50-80% 5-year survival rate4. Medulloblastoma is sorted into classes based on genetics and histologic findings.

The four histologic based classes are classic, desmoplastic/nodular, medulloblastoma with extensive nodularity, and large cell/anaplastic. 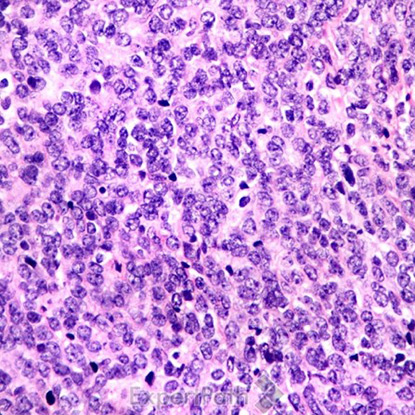 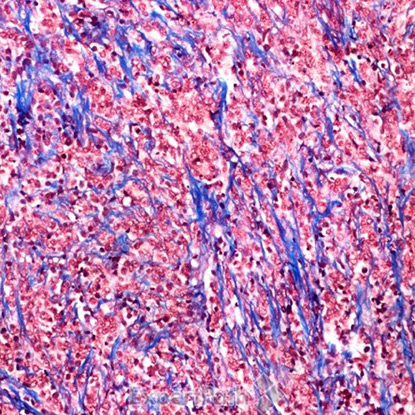 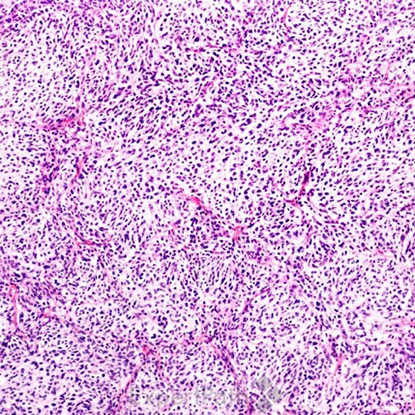 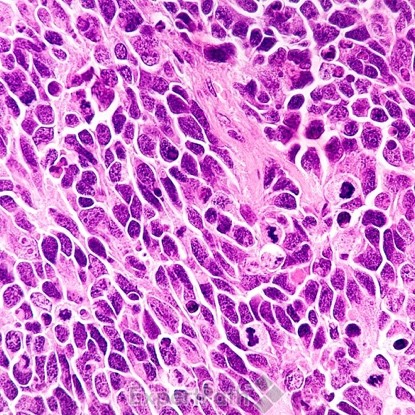 Unfortunately, due to the decedents age and prior normal health, the medulloblastoma was not discovered until the postmortem examination. The cause of death was acute cerebellar hemorrhage, due to medulloblastoma. Covid-19 was listed as other significant cause of death.