The study results published in JAMA Network Open show that Black women and Latinas, as well as less-educated and lower-income women, have not been able to obtain 3D mammography as easily as white, well-educated and higher-income women. 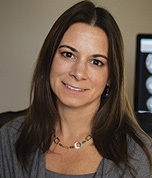 The research team reviewed 2.3 million breast screening exams collected by the national Breast Cancer Surveillance Consortium from 92 imaging facilities across five states. That makes it the largest-ever study of U.S. access to digital breast tomosynthesis (DBT), commonly referred to as 3D mammography. The exams were performed on women ranging from 40 to 89 years of age between January 2011 and December 2017.

The 3D technology is more accurate than traditional digital mammography. It can detect more cancers and yields fewer false positives. The study showed that access to the breast screening technology has not been equitable, even though it was approved by the U.S. Food and Drug Administration a decade ago.