Screen 2 Screen is part of the cancer center’s research investigating effective ways to use culturally sensitive, evidence-based outreach to increase breast cancer screening rates in Asian communities. Asian American women age 40 and over in the Sacramento region are eligible to participate in Screen 2 Screen. 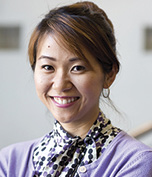 The American Cancer Society (ACS) encourages women 40–44 years of age to consider getting a mammogram, and recommends annual mammograms by age 45. ACS says that by age 55, women can make the transition to mammography in alternating years or can continue annual mammograms if that seems advisable.

As a follow-up, a research team member will call the session participants to ask if they would like to schedule a mammogram appointment. For questions and more information on Screen 2 Screen, please email obgyncommitteecod@gmail.com or call 916-734-5371.