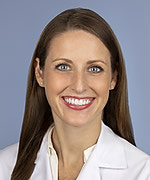 Dr. Brown is a pediatric surgeon at UC Davis Children's Hospital and the adjoining Shriners Hospital for Children - Northern California, where she treats neonates, infants, children and adolescents with a wide range of conditions and congenital malformations.

Dr. Brown's current research interests include developing better systems for improving quality and value of care for pediatric patients, both in terms of better metrics for assessment of quality as well as developing processes to improve outcomes.

She is also participating in research to improve outcomes in fetal and neonatal surgery.