The only issue slowing down 74-year-old Cheryl Joordens recently was a rotator cuff surgery to keep her on top of her game.

Within months of her surgery earlier this year, Joordens was back on the pickleball court—slamming volley shots and acing her serves.

And this month she celebrated her biggest win—the 100th dose of a clinical trial therapy at UC Davis Comprehensive Cancer Center.

Joordens, now cancer free, was diagnosed in 2014 with follicular lymphoma, which is a slow growing type of non-Hodgkin’s lymphoma. It develops when the body makes abnormal B lymphocytes—a type of white blood cell that normally helps us fight infections. The lymphocytes develop a genetic mutation that causes them to rapidly multiply and become diseased.

Two of Joordens’ cousins have died from similar lymphomas.

“I was already close to stage IV, with the cancer in my bones and my organs, including my liver,” Joordens said. “We looked at all the possibilities and really the only thing to do was to do a clinical trial.”

That was eight years ago. The mother of two, grandmother of five and great-grandmother of four, said her husband and her brother researched the best place to get treatment when she found out she had cancer.

She came to the right place.

“Our cancer center was the first in the world to launch a clinical trial that combined two drugs: Lenalidomide and Rituximab, both immunotherapies,” said UC Davis oncologist Joseph Tuscano, who specializes in cancers of the blood.

“It is an ideal combination because it has low toxicity but leads to long term remission,” said Tuscano who wants to improve upon the drug combination to make it work even better in new trials now open at the cancer center.

UC Davis Comprehensive Cancer Center’s Office of Clinical Research, led by Clinical Research Coordinator Teri Nguyen, supports what is formally called the “Phase II Study of Lenalidomide, and Rituximab in Subjects with Previously Untreated Indolent Non-Hodgkin’s Lymphoma.” The team pulled out all the stops when Joordens received her 100th cycle of the therapy, serving cupcakes and a big show of support.

“After getting her 100th dose, eight years later Cheryl remains in complete remission, which is remarkable,” Tuscano said. “No one would ever think that was possible.”

“I have a great quality of life. I feel fabulous and love to travel with my husband who I’ve been married to for 54 years,” said Joordens, who recently toured Europe with husband Tony this past summer.

Joordens’ husband would have been on hand for the Nov. 4 celebration of her 100th dose, but he was recovering from his own rotator cuff surgery (perhaps undertaken to keep up with his wife on the pickleball court).

Tuscano was there to witness Joordens’ 100th dose of oral medication, which she swallowed before sharing refreshments with the cancer center staff.

“It is so special to be in this position and be given this gift,” Joordens said.

“Participants in these clinical trials not only help themselves, but so many others down the road,” Tuscano said. “Without patients willing to enroll in clinical trials and help us test therapies, we will be unable to find a cure for cancer."

“The 100th dose is a big deal and I plan to celebrate the 200th dose, too, when we get there!” said Joordens who will continue on the clinical trial.

The cancer center conducts hundreds of clinical trials to test the safety and efficacy of newly developed therapies. To learn more about participation in cancer clinical trials at UC Davis Comprehensive Cancer Center, visit the clinical trials website or call 916 734-0565. 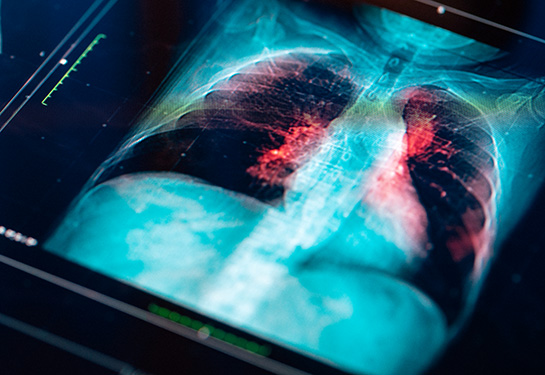