During the first five months of the pandemic in 2020, low-income communities of color experienced significantly greater increases in firearm violence, homicides and assaults compared to more affluent, white neighborhoods. Those are the findings of a new study from the Violence Prevention Research Program (VPRP) at UC Davis.

The research was published in the American Journal of Public Health.

Previous studies showed increases in violence in U.S. cities during the pandemic but did not indicate where violence was highest or increased most within those cities.

The researchers used zip code-level data on firearm violence, homicide, assault, robbery and rape from 2018 to 2020. That allowed them to compare violence during the first five months of the pandemic to the same period in previous years.

When they compared the violence data with the racial and income composition of people in those same zip codes, the researchers found stark disparities.

“We estimated that, in 2020, on average, there were approximately 14 more incidents of firearm violence in the least-privileged zip codes compared to the most privileged zip codes, and almost 150 more aggravated assaults and five more homicides,” said Schleimer.

The excess burden of violence in less- versus more-privileged neighborhoods was greater during the pandemic than in prior years.

But not all violent crime increased — robbery decreased 23.3% and rape by 31.4% overall during the first five months of the pandemic.

“The overall decline in robbery and rape may be real, or it may be an artifact of changes in reporting. For example, shelter-in-place orders may have reduced stranger rape or limited victims’ ability or willingness to report intimate partner rape. Research is needed to understand the drivers of these trends,” said Schleimer. 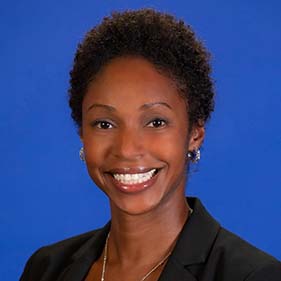 This study adds to the mounting body of research showing that equal opportunities — including the opportunity to live, work, learn, play, and worship free from violence — are not afforded to all.—Shani Buggs

Neighborhoods that were “redlined,” a federal discriminatory housing practice begun in the 1930s that disenfranchised Black and immigrant communities by significantly limiting housing opportunities, continue to experience higher rates of firearm violence today than neighborhoods deemed most desirable.

“This study adds to the mounting body of research showing that equal opportunities — including the opportunity to live, work, learn, play, and worship free from violence — are not afforded to all Americans and that the greatest burdens of violence are shouldered by our most marginalized and economically vulnerable neighborhoods,” said Shani Buggs, an assistant professor with the VPRP and co-author of the study.

“The pandemic has only worsened these outcomes. We must specifically and significantly increase investments in the development, empowerment and healing of the communities most affected,” said Buggs.