Discover how our ear, nose and throat experts helped Karla get back to enjoying everything life has to offer. 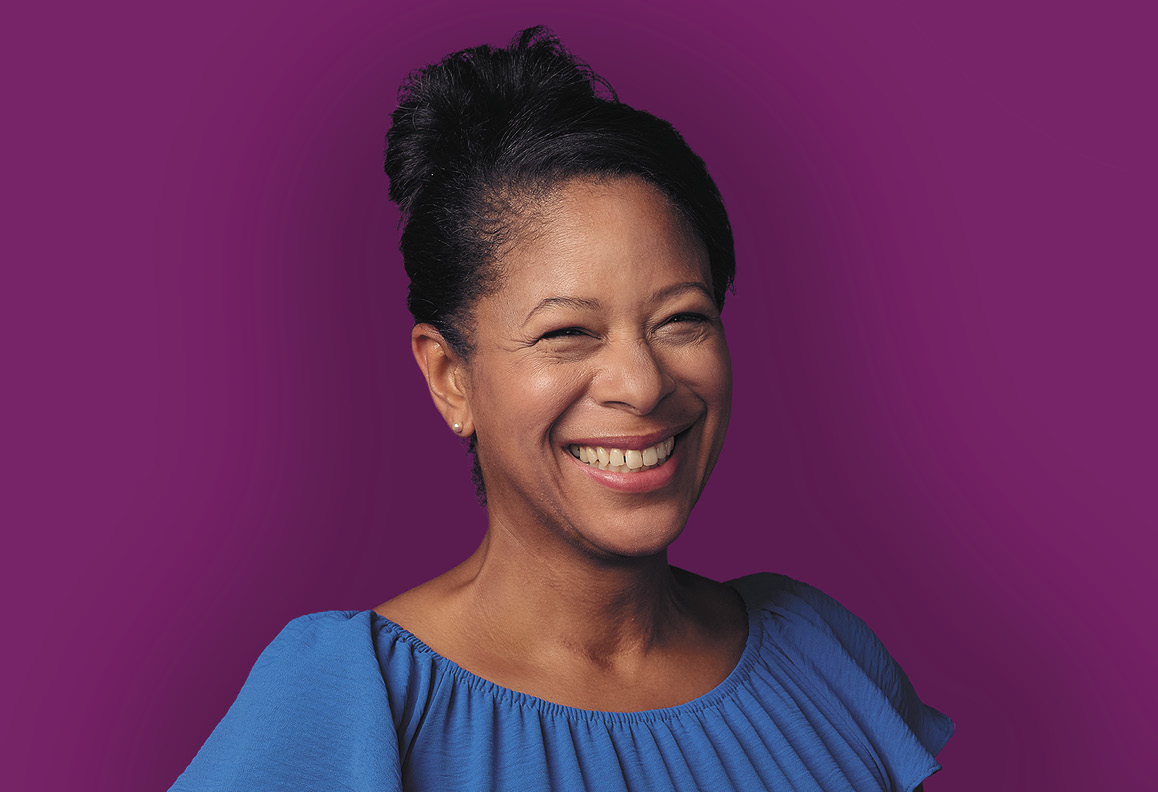 NO STRENGTH CHANGED EVERYTHING

Karla Stevenson and her husband Scott were closing in on a major milestone: an empty nest. Her three stepchildren were already grown, and her son was a teen with just a few years until college. Karla and Scott would soon have plenty of leisure time to pursue their greatest passions of fine wine and good food.

Only Karla was having trouble swallowing and her throat was always sore.

“I had this jar of lozenges,” she remembers, “and I would just keep sucking them down because I was just so uncomfortable.”

Back in 2006, she had been diagnosed with an unusually large thyroid gland, but her physician wasn’t worried about it.

It wasn’t until years later that her neck seemed to be getting larger. She had it checked again. Yes, it was growing, but very slowly. Because it wasn’t cancerous, under productive or over productive, she was told yet again that there was nothing to worry about, medically.

Then in 2019, Karla learned she had a large fibroid, a non-cancerous growth on her uterus, that would need to be removed. She was working at UC Davis Health at the time and had new physicians. As her OB/GYN talked to her about the fibroid, the doctor noticed that Karla’s neck was unusually large, and the connection was finally made.

A change in care

Although Karla explained that her thyroid was just large and growing slowly, the OB/GYN politely insisted she go see Dr. Michael Campbell, a thyroid specialist and endocrine surgeon: “Just go have him take a look to be sure.”

“I think as a medical professional, she wanted me to have another expert opinion which was the right choice,” says Karla.

An issue that couldn’t be ignored

The ultrasound showed that the thyroid had grown much more, and was in fact shifting the position of her windpipe. It could no longer be ignored. Dr. Campbell arranged for surgery after she had her uterine fibroid taken care of.

In October 2020, she did just that. “I was nervous because it was the middle of the pandemic and I wasn’t yet vaccinated, but I went,” says Karla. “I’m glad I did.”

After her surgery, the nurses — who had seen a lot of thyroids — told Karla that hers was the largest they had ever seen. When she arrived home, her husband presented her with a pearl necklace. The first time she was able to wear one in years.

“I was self-conscious about my enlarged neck. It was emotional. But were it not for my care here, I probably would have put it off longer.”—Karla

Bringing back her life – and passion for life

Since her procedure, Karla’s thyroid issues are completely gone. She takes a thyroid hormone daily and says Dr. Campbell got the dosage perfectly right.

“With UC Davis, I just feel I’m in more competent hands. I’ve spent most of my career in health care, so I’m a very informed health care consumer, and I can confidently say this is the best care I’ve ever experienced in my life.”

Her career has recently taken her to another health care company, and she is glad her new employee health plan still covers her UC Davis Health providers.

“I was self-conscious about my enlarged neck. It was emotional. But were it not for my care here, I probably would have put it off longer,” she said.