A 46-year-old G2P2 female presented with bleeding and cramping pelvic pain that had gradually gotten worse. She complained of spotting in between her periods with clotting every six months. She had been experiencing dizziness for about a month. She denied any other vaginal discharge. No change in bowel or bladder function and no fever or chills.  The patient underwent endocervical curettage that showed adenocarcinoma.

Even though the adenocarcinoma was seen on an endocervical specimen, imaging revealed a 1.1 x 1.7 x 1.9 cm endometrial mass, which radiology called “consistent with the known diagnosis of adenocarcinoma” as well as a second 4.9 x 4.1 cm mass arising in the posterior uterine wall that “directly abuts the endometrial finding”. Per radiology, this second mass was favored to be a leiomyoma with local extension of the endometrial tumor possible but less likely. 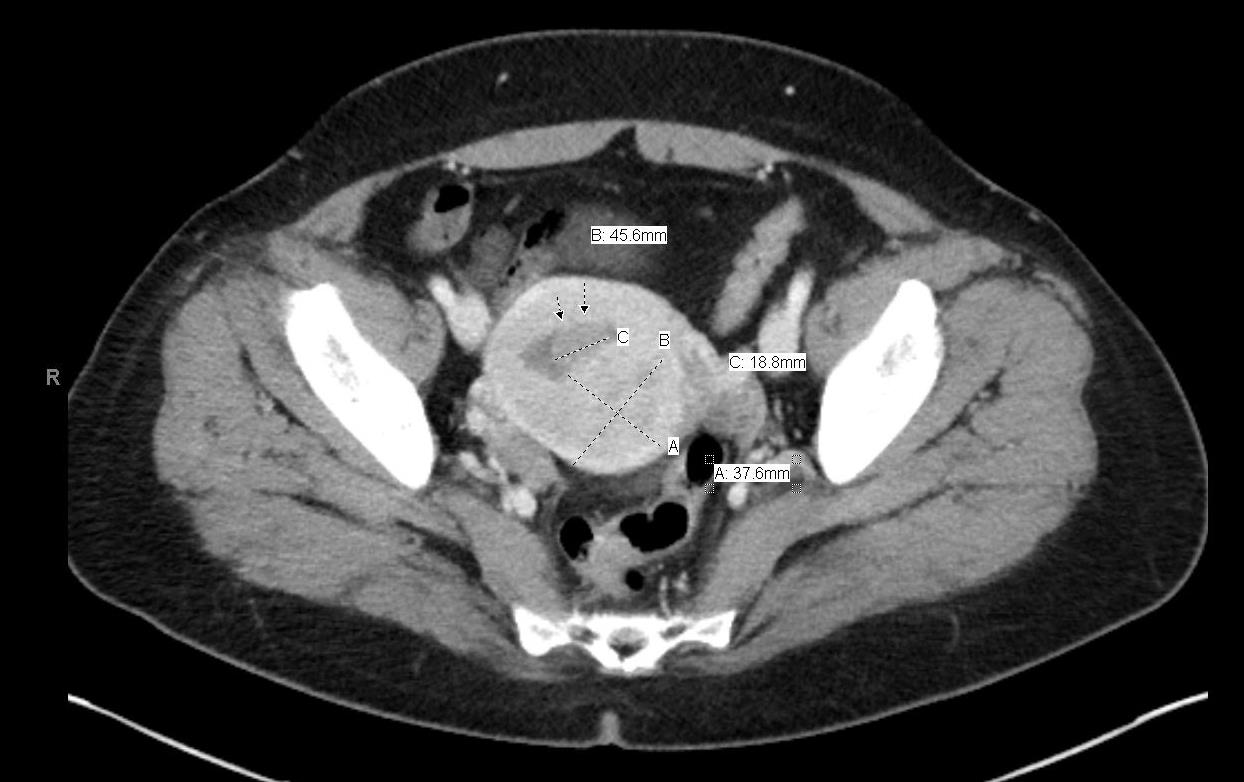 A 204g uterus was received with an 8mm polyp at the cervical os. The endometrium show a 5.7 cm fleshy, fairly well demarcated, trabeculated pink to tan tumor mass posteriorly that extended into the myometrium. The gross photo shows a cross section through the posterior wall endometrial mass, which is separate from the endocervical polyp (not shown). 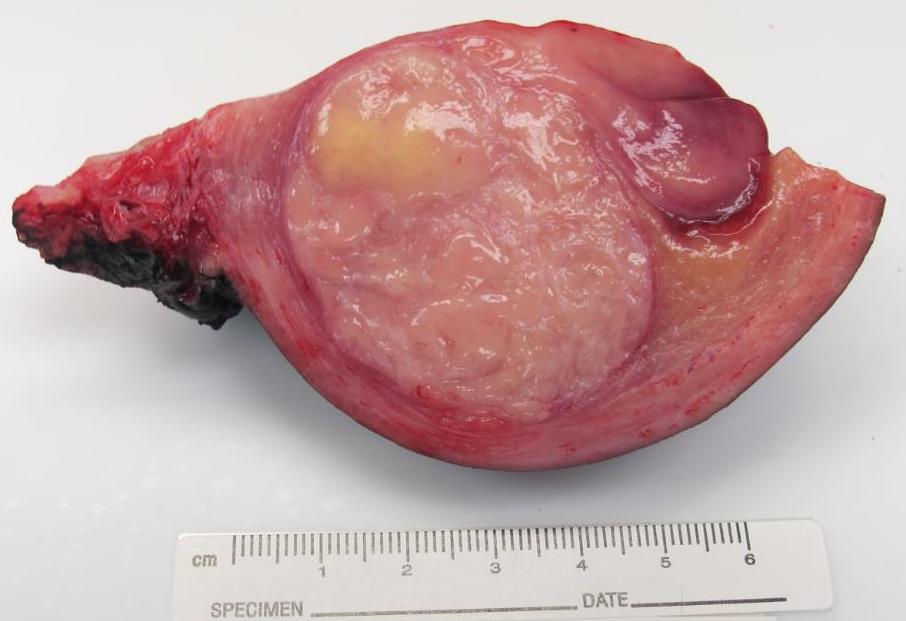 Islands of tumor cells that permeate the myometrium with “tongue-like” growth.

What is the diagnoses?

Choose one answer and submit.

The correct answer is