A 65-year-old female with splenomegaly, hepatomegaly, and adenopathy presents for a lymph node biopsy to rule out lymphoma. She has leukopenia with a white count of 3,700 and thrombocytopenia with a platelet count of approximately 100,000, which has been present since at least February 2018. Her bilirubin is elevated at 1.7 mg/dL. Liver function tests are normal and her CBC red cell indices (MCV, MCH, and MCHC) are also normal. Hepatitis B and C testing was negative. LDH is normal at 188 U/L. Molecular testing for JAK, CALR, and MPL are negative. An abdominal and pelvic CT with contrast found splenomegaly at 18.2 cm and hepatomegaly at 18.5 cm. 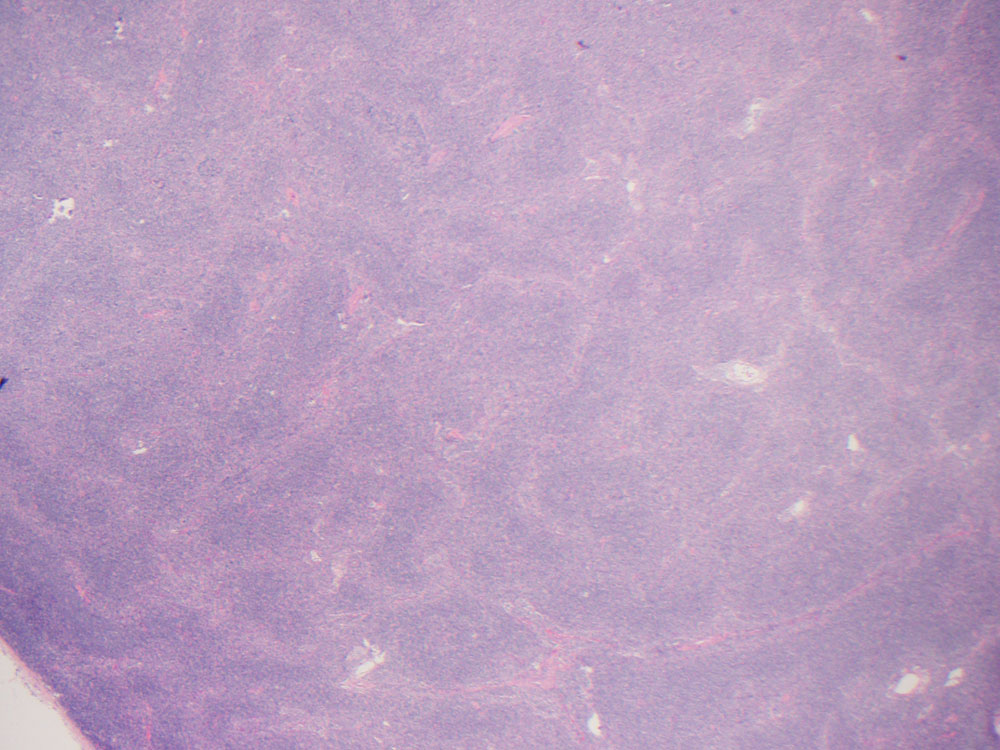 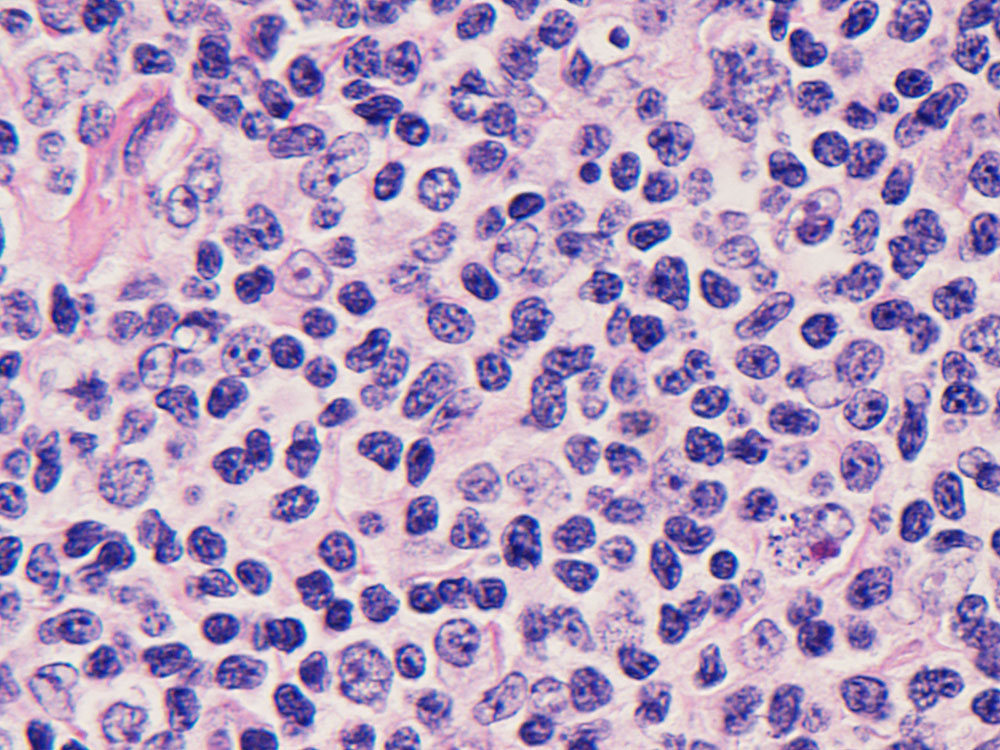 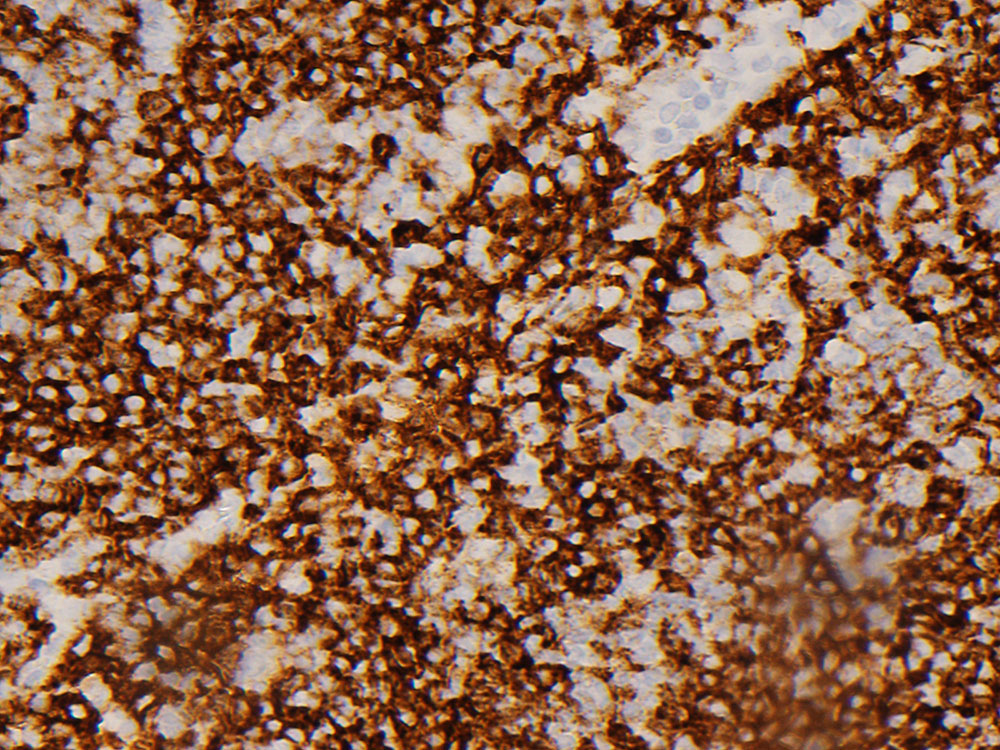 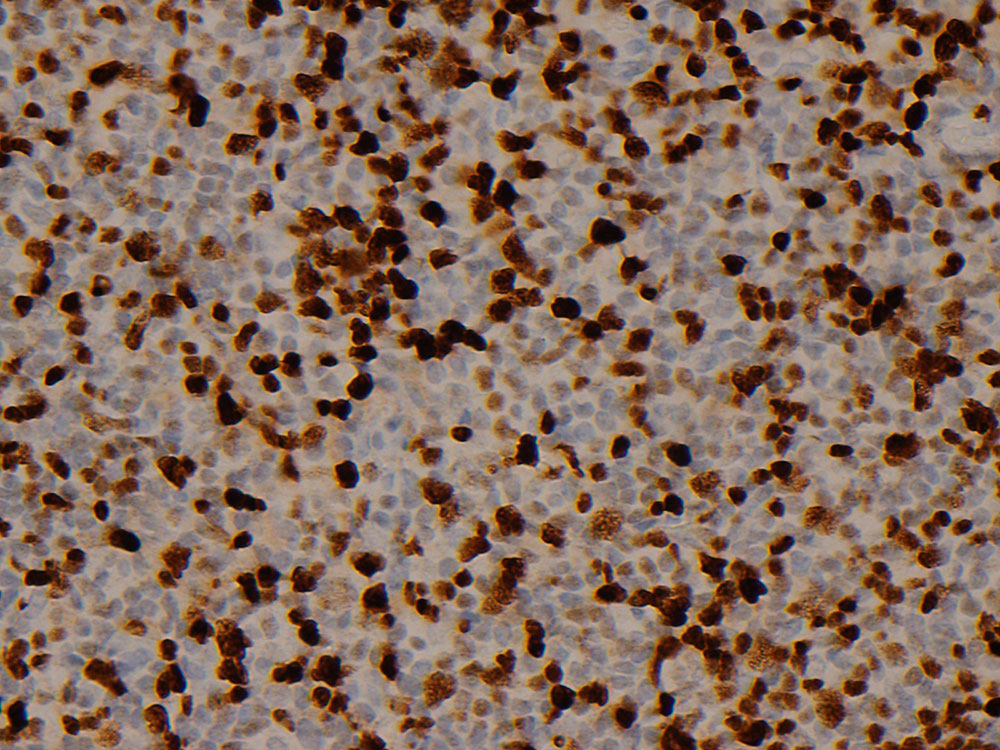 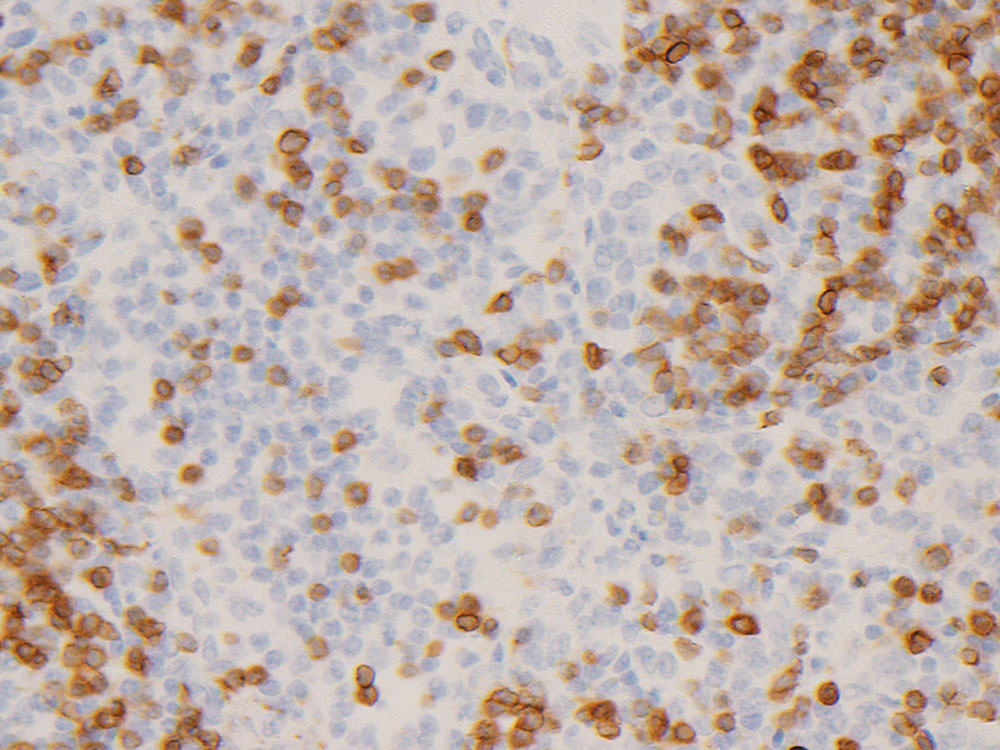 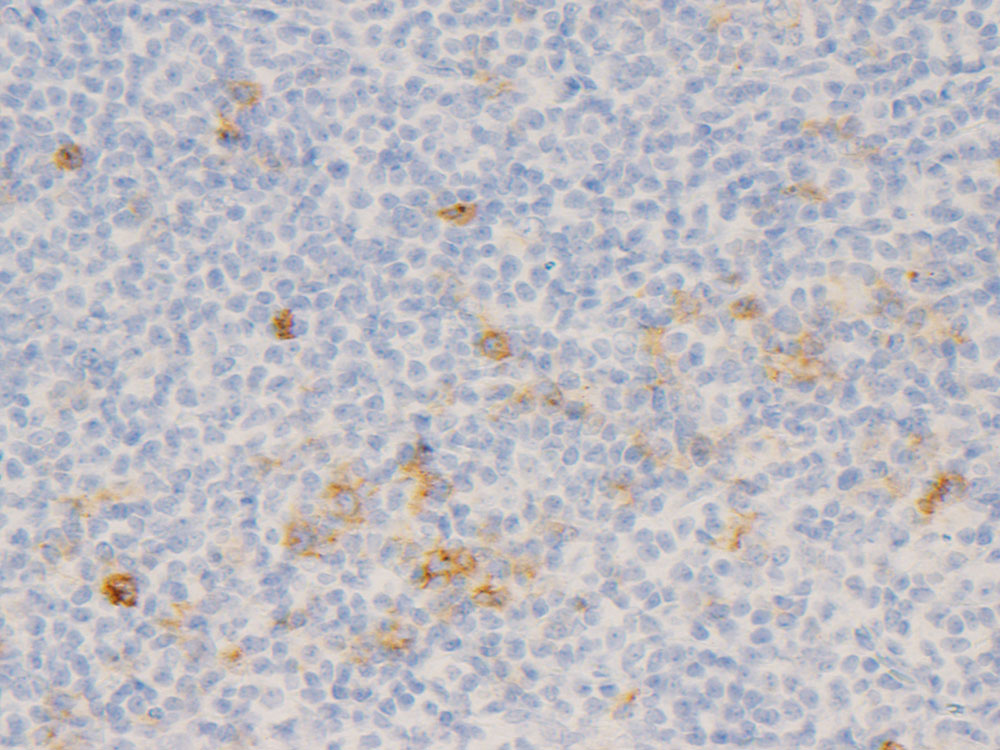