A 70-year-old male with a medical history significant for myelodysplastic syndrome presented with over 4 weeks of lower back pain, “bruising”, and axillary lymphadenopathy. He was found to have an increased WBC with circulating immature cells on CBC and was admitted to the hospital for concern for transformation to acute myeloid leukemia. Physical exam at the time of admission was remarkable for multiple well-defined violaceous purpuric macules and patches of varying size on the upper chest, neck and face.

A bone marrow biopsy revealed hypercellular marrow with involvement by a prominent population of atypical blastic-appearing cells of intermediate size (see figure 1). Flow cytometry showed the abnormal population to be positive for CD56 and CD117 (see figure 2) and negative for B- and T-cell lineage markers. Immunohistochemistry showed the atypical cells to be positive for CD4, CD123, and TCL1a, and negative for CD34, myeloperoxidase, and lysozyme. 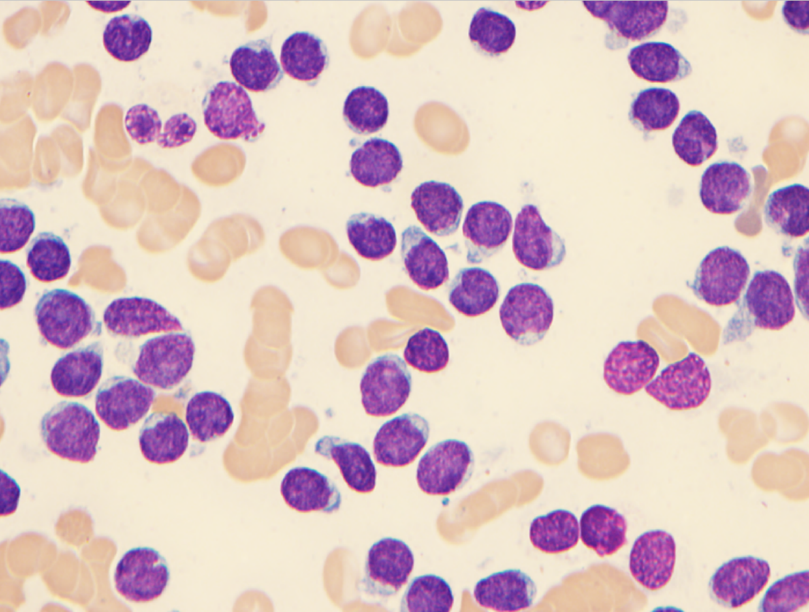 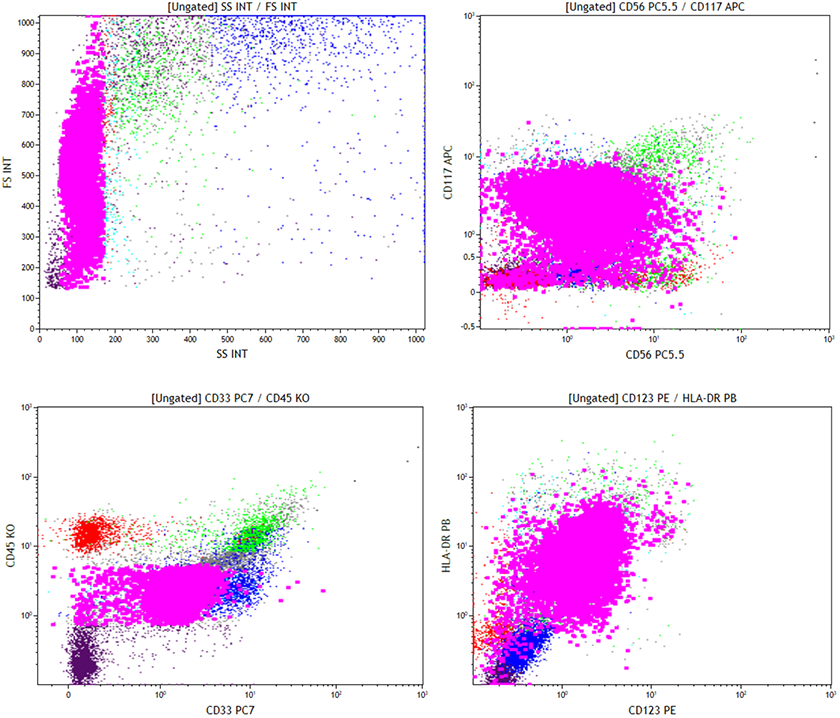 Biopsy of the skin lesions revealed a moderately dense and deep dermal infiltrate of mostly medium-sized atypical cells expressing diffuse immunopositivity for CD4, CD56, and CD123, and negative for myeloperoxidase.