The body is that of a normally developed, well-nourished young male appearing consistent with the documented age of 10 years, weighing 66 pounds, and measuring 55 inches in length. The un-embalmed body is cold, due to refrigeration. Rigor mortis is full and generalized, except in the neck. Unfixed purple livor mortis is on the posterior dependent surfaces of the body and right face. At the time of autopsy, there is greening on the abdomen. Condition of the body is consistent with the date and time of death indicated in the investigative report and medical records.

The eyes are natural with brown irises, white sclerae and normal conjunctivae with no petechiae. The right eye shows mild red color. The facial bones and nasal skeleton are intact to palpation. The nares contain blood, and the oral cavity is moist. The teeth appear natural and in good condition. The tongue is red with bumps on the surface. The ears are unremarkable. There is no evidence of head or neck injury.

The rest of the external examination was unremarkable.

The brain weighs 550 grams, fresh. The dura is normal, without evidence of epidural or subdural hemorrhage. Neomembranes are not identified. The dural sinuses are patent. The leptomeninges are normal without opacification or hemorrhage. The cerebral veins are normal congested. The cerebral arteries are normally distributed, without significant atherosclerosis. The brain is edematous, with effacement of sulci. There is cerebellar tonsillar and downward cerebral herniation. The brainstem and cerebellum show expected configuration and are separated from the cerebrum via axial transection of the midbrain, at the level of the oculomotor nerves.

Coronal sections of the cerebral hemispheres reveal a normal gyral cerebral architecture, with appropriately thick cortical ribbon distinctly separated from subcortical white matter, which is full and firm. Myelination is appropriate for age. Deep cerebral structures, including caudate nuclei, putamen, globus pallidus, thalamus, and hypothalamus are well developed and demonstrate no significant asymmetry or focal lesions. The hippocampi are normally formed, without significant asymmetry or atrophy. The lateral ventricles show dilation with blunting of the lateral horns.

Sections of the brainstem and cerebellum reveal a circumscribed lobulated tan/grey hemorrhagic mass (measuring 4.5 x 2.5 x 2.5 centimeters) that occupies the space of the 4th ventricle and is posteriorly pushed into the cerebellar parenchyma. There is hemorrhage in the 4th ventricle. The cerebellar cortex has a normal folial configuration without evidence of atrophy. The spinal cord is not available for examination. 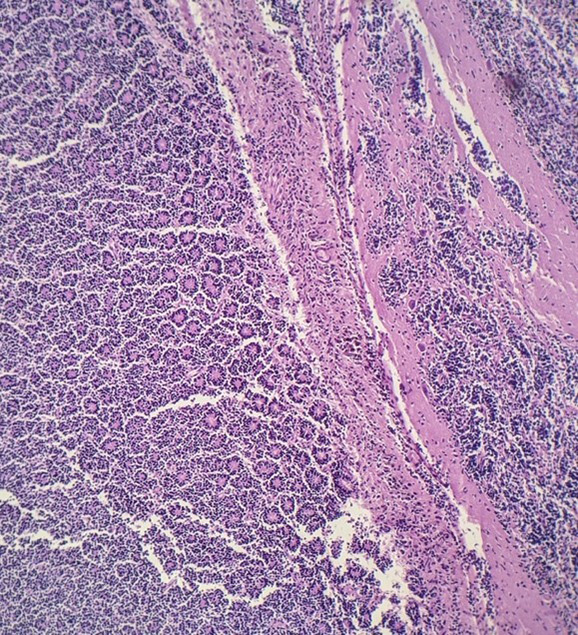 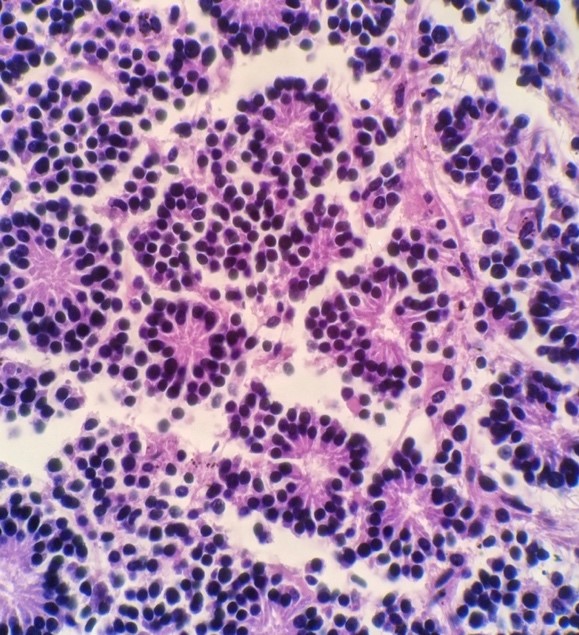 Histologic sections of the lungs show areas of hemorrhage in the intra alveolar air spaces with fibrin deposits and reactive pulmonary macrophages. The pleura shows fibrotic thickening and areas of chronic inflammation. 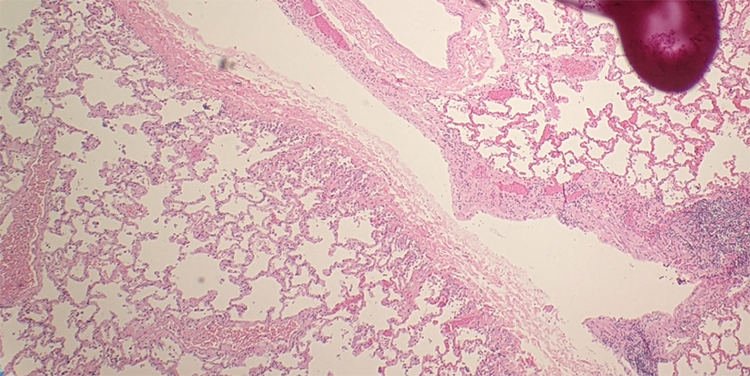 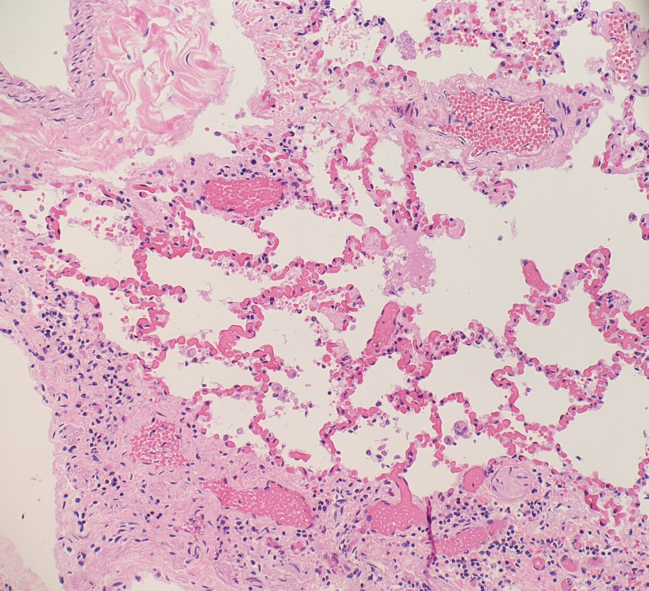 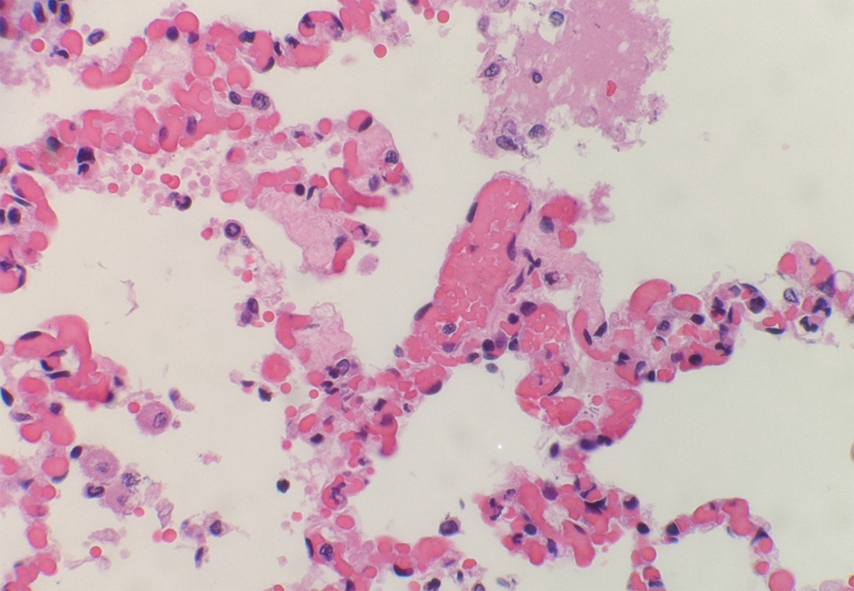