The patient is a 66-year-old female referred for consultation regarding an incidentally found 4 cm renal mass of the right kidney as well as a 4 cm soft tissue pelvic mass at the bifurcation of the right iliac vessels on CT imaging. She had initially presented for a routine health check with elevated LFTs. The patient underwent surgical management. Open abdominal surgery revealed an appendiceal mass that correlated with the pelvic mass on imaging. The patient received a total nephrectomy and an appendectomy. The renal mass was diagnosed to be clear cell renal cell carcinoma.

Gross examination of the appendectomy specimen revealed a purple tan bulging nodular mass measuring 4.5 x 4.5 x 3.3 cm located at the distal appendix and is entirely encased within the mesoappendix. The mass focally obliterates the entire cross-section of the appendix and has homogeneous pink tan cut surfaces with areas of hemorrhage. No necrosis was noted. 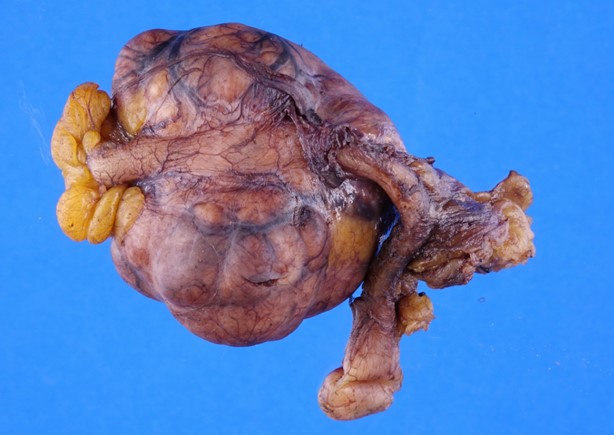 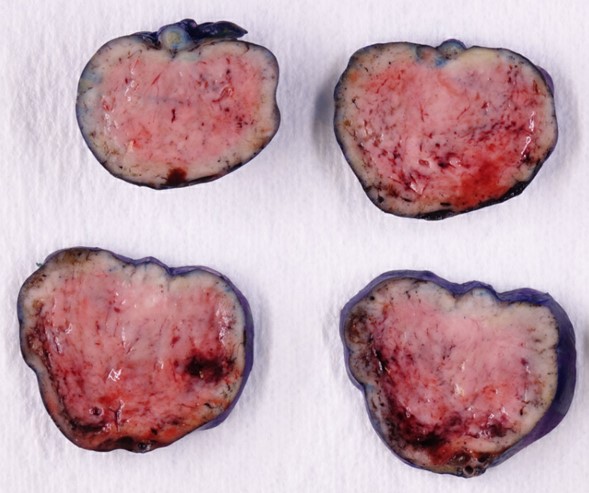 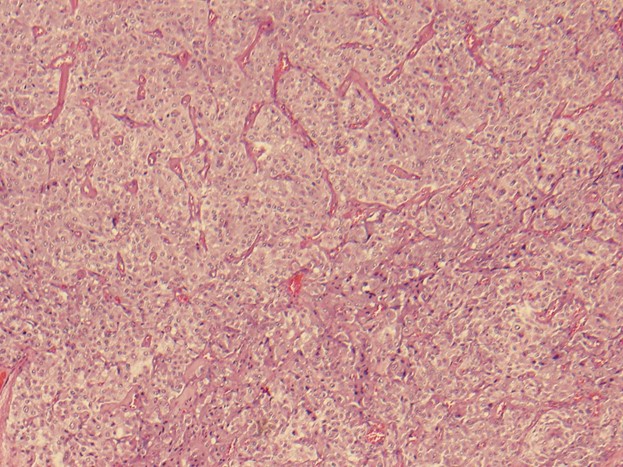 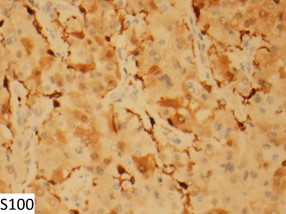