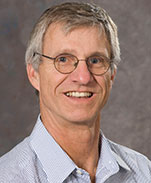 Peter A. Barry received a bachelor's degree in Molecular, Cellular, and Developmental Biology in 1976 from the University of Colorado and completed his doctorate in the laboratory of Dr. Mario Capecchi at the University of Utah. He worked as a post-graduate researcher in the laboratories of Drs. Robert Cardiff and Paul Luciw in the Department of Pathology, UC Davis. Peter A. Barry became a Core Faculty Member of the Center for Comparative Medicine in 1998 with his appointment as an Assistant Professor, and he became an Associate Professor in 2001.

Peter A. Barry’s research involves infection of rhesus macaques with rhesus cytomegalovirus (RhCMV) as an in vivo system to investigate the mechanisms of HCMV persistence and pathogenesis. HCMV and RhCMV are members of the herpesvirus family of viruses with all members of this family sharing a common virion structure. Herpesviruses also share another commonality of their lifecycle, which is the ability to establish and maintain a lifelong persistent infection in immunocompetent hosts that develop vigorous antiviral immune responses. Persistence is characterized by the presence of cells harboring viral genomes that periodically reactivate and produce infectious virus, often in the absence of overt clinical signs. The development of antiviral immunity is essential for minimizing the potential for viral induced disease, particularly for HCMV. Disease is rare, and transient in duration when it does occur, in immunocompetent hosts following HCMV infection. However, HCMV is a significant cause of morbidity and mortality in those without a functional immune system. Peter A. Barry has developed the rhesus macaque model of HCMV to investigate viral mechanisms of persistence and pathogenesis, and to evaluate intervention strategies that can limit infection and/or prevent viral disease.