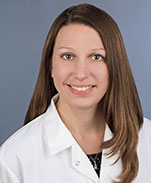 Dr. Dugger is a PhD trained neuropathologist/neuroanatomist. Throughout her career she has served as an interface to the fields of neurology and neuropathology, resulting in more than 50 peer-reviewed manuscripts and numerous private, state, and federally funded grants. Dr. Dugger earned her Bachelor of Science from Michigan State University. She went on to obtain her PhD from Mayo Clinic Graduate School, where she became fascinated by the selective vulnerability of neuropathologies through her thesis work under the direction of Dr. Dennis Dickson. She then completed a postdoctoral fellowship under Dr. Thomas Beach, being promoted to an independent staff scientist at the Banner Sun Health Research Institute in Sun City, Arizona, aiding in a research-based human autopsy program. In 2015, she was recruited by Dr. Stanley Prusiner to serve as the neuropathology core leader for academic and drug discovery groups within the Institute of Neurodegenerative Diseases at the University of California San Francisco. In 2018, she became an assistant professor of Pathology at the University of California Davis. In addition to running her own laboratory she supports the University of California Davis-Alzheimer’s Disease Center as a neuropathology core leader alongside Dr. Lee-Way Jin, Professor and Director of Neuropathology.

Her laboratory focuses on: