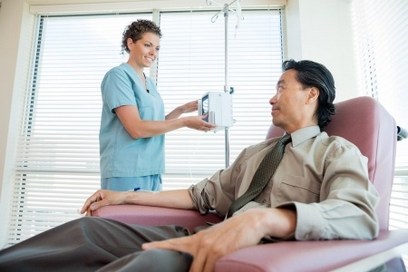 Hemophilia is usually an inherited bleeding disorder in which the blood does not clot properly. This can lead to spontaneous bleeding as well as bleeding following injuries or surgery.

Blood contains many proteins called clotting factors that can help to stop bleeding. People with hemophilia have low levels of either factor VIII (8) or factor IX (9). The severity of hemophilia that a person has is determined by the amount of factor in the blood. The lower the amount of the factor, the more likely it is that bleeding will occur which can lead to serious health problems.

In rare cases, a person can develop hemophilia later in life. The majority of cases involve middle-aged or elderly people, or young women who have recently given birth or are in the later stages of pregnancy. This condition often resolves with appropriate treatment.

Hemophilia occurs in about 1 of every 5,000 male births. Currently, about 20,000 males in the United States are living with the disorder. Hemophilia A is about four times as common as hemophilia B, and about half of those affected have the severe form. Hemophilia affects people from all racial and ethnic groups.

The X chromosome contains many genes that are not present on the Y chromosome. This means that males only have one copy of most of the genes on the X chromosome, whereas females have 2 copies. Thus, males can have a disease like hemophilia if they inherit an affected X chromosome that has a mutation in either the factor VIII or factor IX gene. Females can also have hemophilia, but this is much rarer. In such cases both X chromosomes are affected or one is affected and the other is missing or inactive. In these females, bleeding symptoms may be similar to males with hemophilia.

Learn more about the inheritance pattern for hemophilia

Even though hemophilia runs in families, some families have no prior history of family members with hemophilia. Sometimes, there are carrier females in the family, but no affected boys, just by chance. However, about one-third of the time, the baby with hemophilia is the first one in the family to be affected with a mutation in the gene for the clotting factor.

Hemophilia can result in:

There are several different types of hemophilia. The following two are the most common:

Common signs of hemophilia include:

Many people who have or have had family members with hemophilia will ask that their baby boys get tested soon after birth. About one-third of babies who are diagnosed with hemophilia have a new mutation not present in other family members. In these cases, a doctor might check for hemophilia if a newborn is showing certain signs of hemophilia.

To make a diagnosis, doctors would perform certain blood tests to show if the blood is clotting properly. If it does not, then they would do clotting factor tests, also called factor assays, to diagnose the cause of the bleeding disorder. These blood tests would show the type of hemophilia and the severity.

The amount of bleeding that can be expected in an individual with hemophilia depends upon the severity of the deficiency. Normal plasma levels of FVIII and FIX range from 50% to 150%. People with no measurable factor VIII or IX (FVIII or FIX<1%) are considered to have the severe form of hemophilia. Severe hemophilia can result in frequent bleeding episodes. In many cases, bleeding, particularly into joints, can occur spontaneously, without any trauma or injury that can be remembered by the patient or family.

Persons with 6% to 49% of factor activity are considered to have mild hemophilia and are expected to have relatively few problems with bleeding, except during surgery or after severe trauma. Carrier women can have lower than normal plasma levels of factor VIII or IX and thus can experience symptoms of mild hemophilia.

The best way to treat hemophilia is to replace the missing blood clotting factor so that the blood can clot properly. This is done by infusing (administering through a vein) commercially prepared factor concentrates. People with hemophilia can learn how to perform these infusions themselves so that they can stop bleeding episodes and by performing the infusions on a regular basis (called prophylaxis), can even prevent most bleeding episodes.

Good quality medical care from doctors and nurses who know a lot about the disorder can help prevent some serious problems. Often the best choice for care is to visit a comprehensive Hemophilia Treatment Center (HTC), such as the UC Davis Hemostasis and Thrombosis Center. A HTC not only provides care to address all issues related to the disorder, but also provides health education that helps people with hemophilia stay healthy.

The two main types of clotting factor concentrates available are:

Some people who infuse with clotting factor concentrates may develop an inhibitor. Inhibitors make it more difficult to stop a bleeding episode because they prevent the treatment from working. 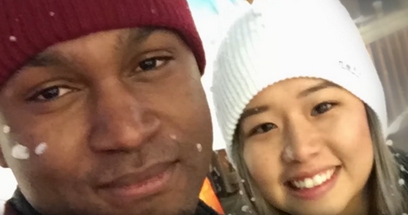 Complications may arise with the onset of a bleeding episode. There are four main types of complications: life threatening bleeds, arthropathy, inhibitors and infectious complications.

The five major sites of serious bleeding are:

All of these bleeding episodes are characterized by:

Serious bleeding requires immediate assessment and intervention. Patients with severe or moderate hemophilia are at greater risk for spontaneous serious bleeding. Trained intervention, communication, reassurance, and support are essential elements in helping patients and families through these crises. These bleeding episodes often cause great anxiety and fear of the outcome in patients and their families. The uncommon nature of bleeding disorders, and especially these life-threatening bleeding episodes, only re-emphasizes the importance of involving the hemophilia treatment center staff in each episode. Statistics from the Centers for Disease Control and Prevention show that patients with bleeding disorders not treated or followed at hemophilia treatment centers suffer a 60 percent increase in mortality rates.

Joint damage (hemophilia arthropathy) is the most common complication of bleeding in hemophilia. Prophylaxis has been shown to reduce joint bleeding and prevent joint damage. Early treatment of each joint bleed reduces the risk of chronic joint disease, functional impairment, and disability. Factor concentrates, home treatment, physical therapy, and orthopedic surgery have contributed to decreased frequency and severity of joint disease among people with hemophilia during the past 25 years. Prevention remains the focus of hemophilia treatment centers.

The frequency of joint disease has been further reduced as increasing numbers of individuals with severe hemophilia have participated in prophylactic programs. Unfortunately, most of these patients still develop at least one chronic joint in their lifetimes.

The most widely used incidence rate of inhibitors among patients with severe factor VIII deficiency is 10% to 30%.

Until 1992, all factor replacement materials were derived from human plasma. Freeze-dried concentrates, which consisted of pooled blood from many donors, were introduced in the late 1960s and resulted in serious complications for many hemophilia patients. Many patients were at high risk for hepatitis or HIV/AIDS infection.