For Women and Girls 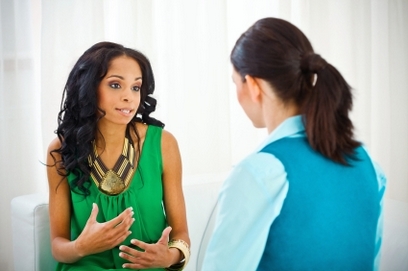 Although hemophilia is thought of as a bleeding disorder that only affects males, females can have it too. In most cases, these females have bleeding symptoms associated with mild to moderate hemophilia, due to low levels of either factor VIII or IX.

Like males, females can also have low levels of other clotting factors, which may cause bleeding problems. Their bleeding disorder may go undiagnosed or they may even be told that they are “carriers” and shouldn’t have any bleeding symptoms. Undiagnosed, untreated blood disorders in women and girls have medical consequences at every life stage. Menstruation, pregnancy, childbirth and menopause present unique challenges to the heath and quality of life these females.

The more common bleeding disorder in females is von Willebrand disease (VWD), which occurs in about 1% of the US population. Women and girls are more likely to notice the symptoms of a bleeding disorder because of heavy or abnormal bleeding during their menstrual periods and after childbirth.

Signs and symptoms of a bleeding disorder:

Therefore, it is recommended that women with bleeding disorders routinely be tested for anemia. To help control menstrual bleeding, hemophilia treatment center (HTC) doctors may prescribe birth control pills or Stimate nasal spray which both boost factor VIII and von Willebrand factor levels. In addition, the HTC can provide expert counseling, including genetic counseling about the disorder and family planning issues.

It is critical that a pregnant woman with a bleeding disorder be followed closely by a hemophilia treatment center. HTC staff can assist an obstetrician in providing both the pre-and postnatal care for the woman and her fetus and recommend appropriate testing and care for a baby with a possible bleeding disorder.