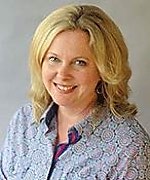 Colleen E. Clancy's research interests include computational approaches to reveal mechanisms of normal and pathological excitability in the heart and nervous system. Key areas of research focus include computational approaches to safety pharmacology, autonomic control of the cardiovascular system, multiscale modeling and simulation, machine learning and interdisciplinary approaches to problem solving. A primary goal of the laboratory is to develop new approaches for integration and understanding of the wealth of experimental and clinical data from the atomistic scales to the cardiac rhythm. The Clancy lab is focused on a key challenge of the current research era: To integrate information in order to understand mechanisms of disease and ultimately to predict and facilitate translation of information into development of therapeutic interventions.

Cover image and editorial for “A computational pipeline to predict cardiotoxicity: From the atom to the rhythm.” Circulation Research. This work was featured in 25 other news outlets, 2020

Recipient of the 2018-19 Chancellor’s Achievement Award for Diversity and Community in the Academic Senate Category, 2019

Recipient of the 2018-19 Chancellor’s Achievement Award for Diversity and Community in the Special Recognition Category (team award), 2019

Recipient of the 2018 Deans’ Team Award for Excellence. Recognized for outstanding multi-disciplinary team contributions in the area of Research, 2018

Invited to join the editorial board of The Journal of General Physiology, 2018

Editors Choice for the paper, entitled, “ A computational model approach predicts mechanisms of female sex risk in the setting of arousal-induced arrhythmias,” Journal of Physiology, 2017

Invited NIH reviewer and in person interviewer, for the SPARC program of the NIH Common Fund. Reviewer of applications to develop the SPARC Data and Resource Center, 2017

Invited Keynote Speaker at the Networking Symposium of the DCR Cluster for Cardiovascular Research, Bern, Switzerland, 2016

Awarded the 2014 Dean’s Excellence in Mentoring Award in the Research Area at the UC Davis School of Medicine, 2015

Invited to join the editorial board of The Journal of Physiology, 2015

Appointed as Chair of the University of California Senate Committee on Affirmative Action, Diversity and Equity (UCAADE), 2015