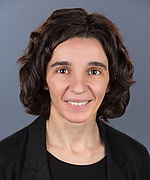 My research aims at understanding the cellular mechanisms of complex cardiac arrhythmia diseases, such as heart failure and atrial fibrillation. This is achieved by developing mechanistic computational models, based on bioengineering principles.

The purpose of my studies is to develop frameworks for accurate prediction of disease mechanisms, which is expected to lend insight into the origins of clinical observations and aid the identification of pro-arrhythmic targets.These models also serve as platforms for testing of pharmacological interventions to guide therapeutic strategies.

Despite extensive research efforts, the mechanisms underlying cardiac arrhythmia, the most common cause of sudden cardiac death, are poorly defined. Major difficulties lie in the complexity and nonlinearity of the cardiac system, which spans different spatial and temporal scales, and species-specificity of several electrophysiological processes, which often precludes translation of results obtained in animal models to humans.

My research is hypothesis-driven and utilizes emerging tools of systems biology, including mathematical modeling and simulation, as an interpretative and predictive science to investigate the mechanisms of cardiac arrhythmias. My major focus is on constructing biophysically detailed quantitative representations of the human heart cell function, integrating membrane ion transport, Ca handling and signaling, to unravel the cellular and molecular bases of arrhythmia in health and common widespread cardiovascular diseases, such as congestive and ischemic heart failure (HF) and atrial fibrillation (AF).

Computational models are used throughout in association with experimental approaches. Specific research projects include: (1) modeling of Na and Ca homeostasis in atrial and ventricular myocytes, to predict the consequences of local [Ca]i and [Na]i signaling in cardiac excitation-contraction in normal and diseased states; (2) modeling of AF, to study (i) the consequences of structural and autonomic remodeling on AF initiation and maintenance, and (ii) the role of Na-CaMKII feedback in the promotion and perpetuation of HF-induced AF.