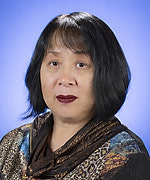 Dr. Xinhua Zhan’s research focuses on finding the causes of inflammatory process in cerebrovascular diseases and Alzheimer's disease (AD). Unraveling these causes is key to understand the process of the diseases and might provide new insight into the diagnosis. The Zhan’s lab currently uses a combination of genetic and molecular approaches to discover and characterize the microbial causes of stroke and develop novel prevention strategies.

Among these contributions were:

•Cultured “Acute Adult Hippocampal Tissue” for the first time in the field (Anesthesiology 2006).

•Developed a novel approach to deliver neuroprotective agents to the brain tissue by using an anti-DNA fragment, Fv (Stroke. 2010).

•Identified two subtypes of TIA in humans using microarray from peripheral blood response to the changes in the brain following TIA (Neurology. 2011).

•Discovered degenerating myelin vesicles in aging and AD brains, but with much more in AD brains compared to control brains (Current Alzheimer Disease. 2014).

•Discovered Gram-negative bacterial Lipopolysaccharides (LPS), also known as endotoxins, in AD and aging brains, but with much more in AD brains compared to control brains (Neurology. 2016). This study was picked up by 6 News Outlets (https://neurology.altmetric.com/details/13068008/news).

“This publication in Neurology has been cited 98 times, 78% of its citations have been received in the past two years, which is higher than you might expect, suggesting that it is currently receiving a lot of interest.” “Compared to other publications in the same field, this publication is extremely highly cited and has received approximately 29 times more citations than average” quoted from Dimensions, a research insights platform (https://badge.dimensions.ai/details/id/pub.1064354082).