More from the Cancer Center

The majority of the area’s residents are people of color, with 57% of the population belonging to the following racial/ethnic categories: 28.1% Latinx/Hispanic; 11.6% Asian/Pacific Islander; 8.0% Black/African American; 2.7% American Indian/Alaska Native; and 6.6% multiple races/ethnicities. Nearly 30 percent of our residents speak a non-English language at home. 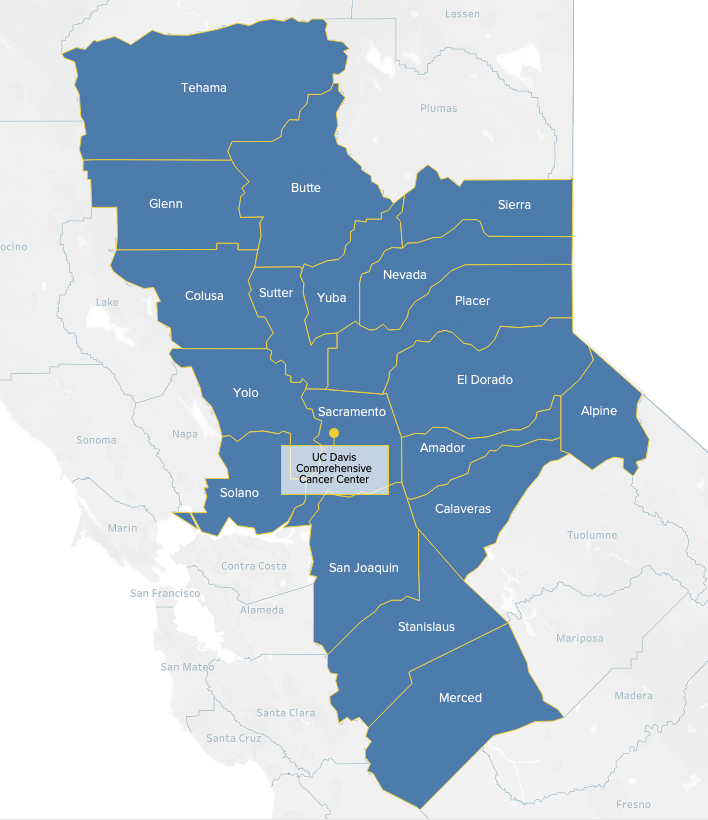 Cancer burden in our catchment area

Below are details of cancer incidence, mortality and disparities in the communities we serve. 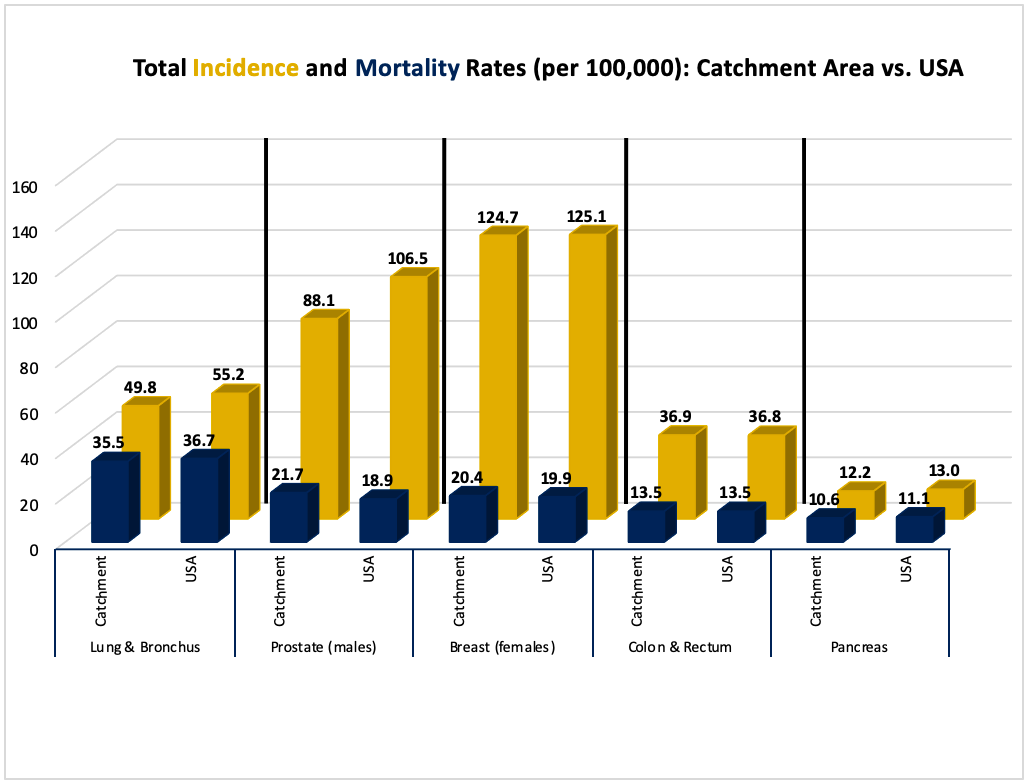 The five leading types of cancer in our catchment area are (ranked by incidence):

The five leading types of cancer in our catchment area are (ranked by mortality):

African Americans/Blacks residing in the catchment area have excess mortality and incidence observed for all five top cancers compared to Whites residing in the U.S. (except for breast cancer incidence).  Compared to Whites, Latinos and Asian Americans and Pacific Islanders experience proportionately higher incidence and mortality rates of liver and bile cancers. While Non-Hispanic Whites and Blacks have the same rank order except for the gender-specific cancers, liver cancer rises to be the fourth most deadly cancer for Latinos and the fifth deadliest cancer for Asian Americans (data not shown).

Read more about the programs