The former UC Davis surgery department chair was a founder of modern trauma care, and a medical education innovator.

The UC Davis community is remembering F. William Blaisdell, who led the UC Davis Department of Surgery in its formative years and is widely considered the founder of trauma care as a surgical specialty. Blaisdell died of natural causes in April at age 92.

At UC Davis, Blaisdell chaired the Department of Surgery from 1978 through 1995, and established the comprehensive trauma center that is still the region’s only level I trauma center. He was board certified in general, thoracic, vascular and critical care surgery.

His training included two years of service as a medical officer in the Korean War and a fellowship in cardiovascular surgery at Baylor University, where he worked with world renowned heart surgeon Michael DeBakey. These experiences gave him expertise in bleeding control that is key in trauma care, and inspired him to advance trauma as a unique surgical specialty. 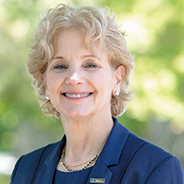 We are deeply grateful for Dr. Blaisdell’s vision and lasting legacy. His passion for training world-class doctors and finding new, innovative ways to save and improve patients’ lives is central to our ongoing missionAllison Brashear, dean of the UC Davis School of Medicine

He did so to fill the growing need to treat injuries due to accidents, gunshots, riots and substance use that became more common in the 1960s. He established the nation’s first dedicated, 24/7 trauma program at San Francisco General Hospital before doing the same at UC Davis Medical Center.

Leadership throughout his field

Blaisdell’s leadership extended throughout his field and includes serving as president of the Society for Vascular Surgery, American Association for the Surgery of Trauma, Michael E. DeBakey International Surgical Society and Uniformed Services Medical School Surgical Society. He published hundreds of research papers, books and book chapters. He has been recognized with several awards, including distinguished service awards from the American College of Surgeons and State of California, and a Distinguished Alumni Award from Stanford University.

Blaisdell is preceded in death by his wife, Marilyn, and survived by their six children. Donations can be made in Blaisdell’s honor to a medical student scholarship fund named for him. The Dr. F. William Blaisdell endowed scholarship fund was established by UC Davis alumni to honor Blaisdell and his impact on surgical education and training for an entire generation of physicians.