Fourth-year medical student wins scholarship for dedication to the underserved

Josephine Hai has volunteered for 8 years in free clinics

A medical student who sought health care at free clinics as a child has been awarded a major scholarship for her devotion to improving the lives of vulnerable patients.

Josephine Hai, who has spent the past eight years volunteering at free clinics, is the recipient of a UniHealth Foundation Medical School Scholarship.

The grant erases about a year’s worth of medical student debt. It is awarded to 10 students with Southern California roots who have shown a commitment to caring for the underserved in either Los Angeles, Orange, Riverside or SanBernardino county.

Hai, in her fourth year at the UC Davis School of Medicine, is passionate about establishing her career in the Los Angeles area.

Hai said she was awestruck upon learning she had won the scholarship.

“I was so grateful they saw in me the ability to carry out their mission,” Hai said. “I am so inspired to continue on this journey in my goal to continue helping underserved patients.”

Hai was born in the San Gabriel Valley to refugees who fled Cambodia during the 1970s genocide. After immigrating, her parents eventually attained high school diplomas before settling in Temple City. Her mother was unable to work outside the home, due to traumatic experiences from her homeland. Her father became a salesman in downtown Los Angeles, laboring six days a week.

Hai and her two brothers received government-sponsored lunches throughout their upbringing. For many years, the family lacked health insurance, so they received care from free clinics including health fairs staffed by undergraduate volunteers.

“I was inspired by how selfless these volunteers were in helping us without any personal gain of their own. I saw how much of a difference it made for my parents and others like my parents who had language barriers and little knowledge about the U.S. health care system,” she said.

Hai’s experience at free clinics motivated her to consider being a doctor.

“Despite our financial hardships, my family and I were afforded quality care through the kindness of others. I wanted to give back to my community after so much was given to me through these free clinics.”

Hai studied hard and got good grades, because she knew her future depended on it. “My parents never had the educational opportunities I had, so education was something I never took for granted and always prioritized.”

After graduating from Temple City High School, she entered UCLA because it was close to home and had a reputable biology program.

While at UCLA, she got heavily involved in the Asian Pacific Health Corps, helping to set up quarterly health fairs across Los Angeles.

She also volunteered many long days with the Flying Samaritans, an organization that drove into the outskirts of Tijuana, Mexico, to provide free health care at a mobile clinic. Her role as an intern was to prepare and present talks on sexual health, diabetes and other preventative care topics. She also helped triage patients alongside volunteer physicians. 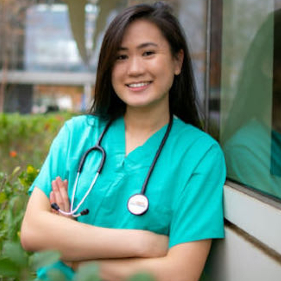 Working with the underserved gives meaning to medicine. It is my main reason for choosing the medical field, and I am grateful for the experiences UC Davis has given me so far in becoming a more well-rounded physician and community ally.”—Josephine Hai, MS4

She chose to attend the UC Davis School of Medicine because of its high-quality programs; commitment to diversity, health equity and inclusion; and its extracurricular activities that benefit the underserved. The Paul Hom Asian Clinic, a free clinic run by student volunteers, was a huge draw.

She’s spent the past four years at Paul Hom in various leadership roles, including patient care and fundraising.

“It felt rewarding to give back to the Sacramento community and serve people who reminded me of my parents,” she said.

Deeply involved in volunteerism at the School of Medicine

Hai also has given her time and skills to Flu Crew, a UC Davis student organization that provides influenza shots to underserved populations. She’s kept busy as a member of the Asian Pacific American Medical Student Association, Southeast Asians in Medicine and student interest groups related to plastic surgery and academic medicine. In addition, she’s taken part in numerous research studies about dermatology and other topics.

The medical director of Paul Hom says he’s thoroughly impressed by Hai’s commitment to the underserved.

Students most often serve in free clinics around Sacramento their first and second year of medical school, he said. It’s somewhat unusual to continue to be involved their third year, which is dedicated to a busy schedule of hospital-based rotations. Hai, however, has been part of Paul Hom the past four years.

“I’m not surprised that Josephine received this scholarship, as evidenced by her dedication to serve, and her excellent performance as a first- and second-year medical student,” said Ronald Jan, a private practice vascular surgeon who spends his weekends overseeing Paul Hom. “And despite the demanding 3rd year of medical school clinical rotations she found time to return to the Paul Hom Asian Clinic to serve.”

Hai describes her medical school years as “transformative.” And some of her greatest memories, she said, revolve around patient-centered care in the free clinic and hospital rotations.

“As medical students, we are limited to what we can provide patients, but by lending a compassionate ear and by learning about their life stories, I was able to touch a lot of lives.”

Hai will learn in March if she matches into a residency program of her choice in the Greater Los Angeles area. But even if she doesn’t train there, she knows she’ll end up in the region eventually.

“Working with the underserved gives meaning to medicine,” Hai said. “It is my main reason for choosing the medical field, and I am grateful for the experiences UC Davis has given me so far in becoming a more well-rounded physician and community ally.”

She added: “I am anxious to return to Los Angeles as soon as I am able to practice medicine, as I can hardly wait to apply all that I have learned and give back to the communities I have always considered home.” 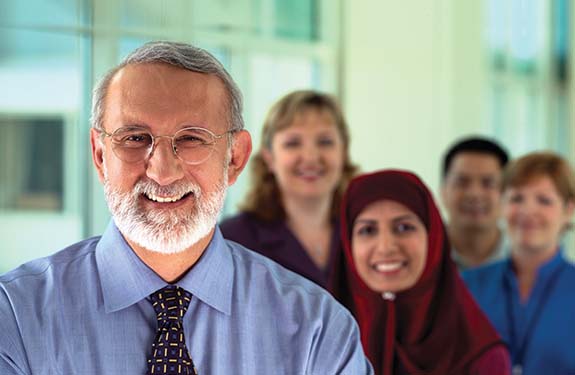 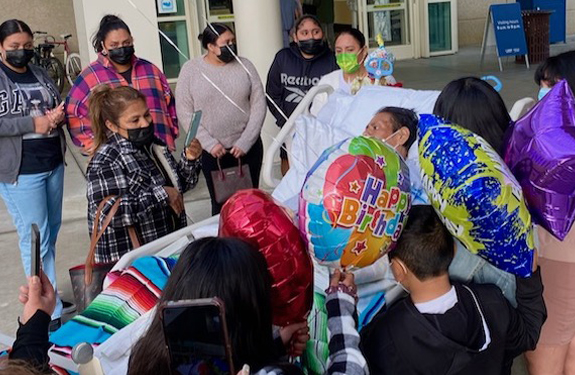 The best birthday gift: Man in hospital for a year finally gets to see his 4 children together 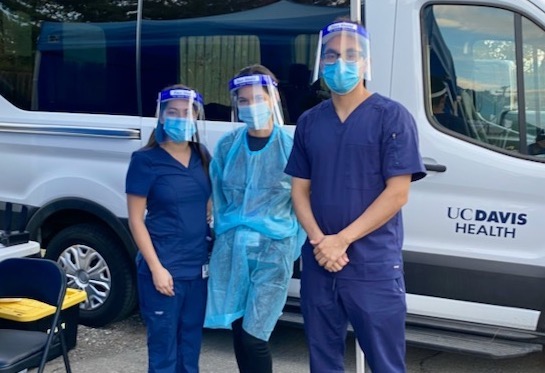