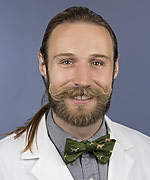 All patients deserve an accurate and timely diagnosis.  We work hard to facilitate appropriate diagnosis utilizing the most up to date testing modalities including chromosomal analysis and next generation sequencing.

Dr. Graff has interest in machine learning in pathology, focusing first on acute leukemia and flow cytometry, as well as, developing programs and computational models to improve pathology workflows and data collection.

Donate and help ensure blood is available for UC Davis Health patients and the community.

"Updates During a Pandemic: Dermatopathology 2020."

Coffee Talk Series presented by the departments of Neurology, Pathology and Laboratory Medicine, and Women in Medicine and Health Sciences (WIMHS)

"A Discussion of Challenges and Overcoming Barriers to your Career Path"

“Residency Education in Pathology: Are We Doing it Right?”