Study of 16 U.S. cities shows historic level of job losses associated with an increase in firearm violence and homicide

The sharp rise in unemployment during the five months of the pandemic was associated with an increase in firearm violence and homicide in 16 American cities. That’s the finding of a new study from researchers at the Violence Prevention Research Program (VPRP) at UC Davis.

The study was published in the Journal of Urban Health.

The researchers did not find a corresponding increase in other crimes, such as aggravated assault, burglary, larceny-theft, motor vehicle theft and robbery.

“Economic disadvantage and income inequality have long been associated with increased risk of violence,” said Julia Schleimer, the lead author of the study and a research data analyst at VPRP. “Our results indicate that the acute worsening of economic conditions, as we saw at the beginning of the COVID-19 pandemic, may also increase violence risk.”

Historic unemployment at the beginning of the pandemic

In March 2020, the number of Americans who abruptly lost their jobs surged to 17.7 million. By April 2020, the unemployment rate in the United States reached 14.7%, the highest since data collection began in 1948. Low-income households in the United States were disproportionately harmed, with low-wage workers losing jobs at five times the rate of middle-wage workers.

The historic events gave the researchers an opportunity to examine the relationship between increased unemployment and violence separated from systemic or ongoing factors.

Data on firearm violence was obtained from the Gun Violence Archive (GVA), a real-time repository for gun violence incidents. Data for other crimes were obtained from city open data portals. 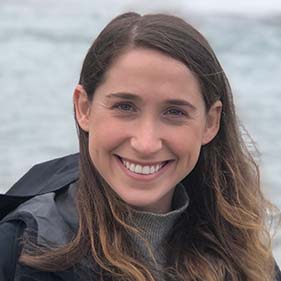 Our findings may help us understand why violence occurs and how to prevent it. Policies that reduce unemployment or provide support to the unemployed might reduce violence and improve public health.”—Julia Schleimer

The researchers estimate an average increase of 3.3 firearm violence incidents and 2 homicides per city each month from March to July 2020. That assumes peak unemployment levels in all cities were sustained for the entire 5-month period.

“Our findings may help us understand why violence occurs and how to prevent it. Policies that reduce unemployment or provide support to the unemployed might reduce violence and improve public health,” said Schleimer.

One area for future research is looking at the underlying mechanisms associating an increase in unemployment with some types of violent crime. Another is whether unemployment benefits or other financial protections buffer against the adverse consequences of unemployment.

“Social factors are important determinants of rates of violence, and interventions on those factors are essential to a comprehensive violence prevention effort,” said Garen Wintemute, an emergency department physician and director of VPRP.

This research was supported by grants from The Joyce Foundation, the Heising-Simons Foundation and the California Firearm Violence Research Center.