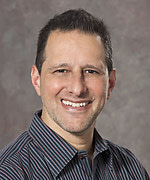 Dr. Davis employs the philosophy that exercise truly is medicine. He is a strong advocate for the use of exercise as a healing tool and to re-train athletes to return to their sport of enjoyment, whether it is at the professional or recreational level. He recommends Yoga, Acupuncture, Pilates, Cross-Fit, physical therapy and many other training modalities to assist with athlete recovery. He may recommend injections for improved health and is a leader in the area of the use of ultrasound for the evaluation of injuries and the guidance of injections where needed.

Dr. Davis specializes in the nonsurgical treatment of sports and musculoskeletal disorders. He has published and lectured extensively on sports medicine topics and has provided medical care to all levels of athletes. He served as the U.S. Team Physician for the 2004 Paralympic Team in Athens, Greece. He has also served as the Team Physician for USA Swimming, USA Track and Field, and the Sacramento River Cats Baseball Team (Triple A). He is the former Co-Head Team Physician for the Sacramento Republic FC Soccer Team (MLS in 2021) and Auxiliary Team Physician for the California State University, Sacramento (Sac State) athletic programs. Dr. Davis also has provided medical sporting event coverage at the 2012 Olympics, 2010 Paralympics, the 2002 Olympic and Paralympic Games, the USA Track and Field Olympic Trials and National Championships, and the USA Boxing National Championships.

Dr. Davis is an academic clinician with over 25 years of clinical and teaching experience in Sports Medicine. He has provided care to athletes of all levels, and "couch potatoes" to improve health and well-being. He returns to UC Davis as a clinical educator to continue his mission of providing health care education to the University.

Dr. Davis’ academic areas of interest are related primarily to teaching physical examination skills, ultrasound examination and interventional techniques for students, residents and other faculty. He has mentored students and residents from all over the country to provide the foundations of Sports and Musculoskeletal Medicine to all levels of learners.

National Registry of Who's Who � inducted, 2000

Certificate of Recognition (for coordination and leadership of Hypertension and Nutrition Screening for the Poor and Medically Underserved), Phi Delta Kappa, Nashville TN, 1990, 1991, 1992