When Nicole Papp’s oldest son received an autism diagnosis several years ago, there was a steep learning curve. It was a challenge to figure out what therapies and services were available to him.

A few years later, her younger son was also diagnosed as autistic, this time at the UC Davis MIND Institute. Even though she was now very familiar with autism, finding services was still a struggle. Luckily, she was referred to the MIND Institute’s Family Navigator Program, which assists families after an autism diagnosis.

Meeting a need for support and community

Since it launched four years ago, the Family Navigator Program has helped more than 400 families like the Papps. It’s funded through the MIND Institute’s Center for Excellence in Developmental Disabilities and is free for families.

“It was like a ‘Field of Dreams’ — If you build it, they will come. And that’s exactly what happened to us,” said Catharine Mikitka, a former family support coordinator at the MIND Institute who helped create the program in 2018. Mikitka retired last year and is thrilled at its success.

“We were hoping for 20 families our first year and we got 100, and it just grew and grew!” she exclaimed.

It’s because they’re meeting a real need, she says. 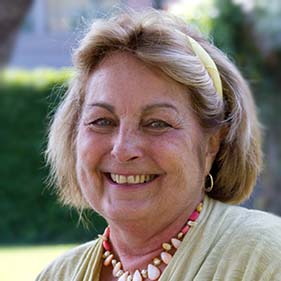 It was like a ‘Field of Dreams’ — If you build it, they will come. And that’s exactly what happened to us.” —Catharine Mikitka, former family support coordinator

It works like this: After a family receives a new autism diagnosis at the MIND Institute, a clinician refers them to the program, and a staff member reaches out to discuss care options, resources and next steps. The assistance is sustained for several months, and the new family may also be connected with another parent who has an autistic child who can serve as a mentor, called a navigator.

Currently the program receives six or seven referrals a week.

“We call and talk about how they’re feeling about the diagnosis, what their support system is. We help them decide which county or regional agencies they should call, and we make sure they have phone numbers for speech therapists or other providers. It’s about connecting all those resources. It can be overwhelming without a guide,” Mikitka explained.

Erin Roseborough, a MIND Institute child life specialist, was also involved in the creation of the program. “Working in the clinic, we used to give families a resource list, but what they really needed was ongoing support, and someone to answer their questions during a stressful time. Navigators has provided that,” she said.

“The most consistent feedback we hear is about not feeling alone in this process,” said Robin Stewart, community programs coordinator for the Family Navigator Program and a licensed clinical social worker. “It’s having someone who understands what it’s like to have these complex emotions and to understand this very fragmented service system as well as help them build the community support that they need.”

In addition to the main program, families are also invited to join the Family Navigator parent support group, which meets one Friday a month, from 9 – 10:30 a.m. The group is led by parent mentors, who answer questions and share experiences. People can join at any time.

More recently, the team launched a new support group geared toward parents of adult children and teens, called PACT, which also meets monthly on Fridays, from 11:30 a.m. – 1 p.m. Both groups are open to anyone; you don’t need to be a UC Davis patient to take part, but registration is required.

The most consistent feedback we hear is about not feeling alone in this process. It’s having someone who understands what it’s like to have these complex emotions and to understand this very fragmented service system as well as help them build the community support that they need.” —Robin Stewart, licensed clinical social worker

The team also offers a support group focused on self-care for parents and caregivers, called Get Mindful. The idea came from Family Navigator participants who expressed an interest in learning strategies for self-care. The group teaches coping skills and well-being and provides an opportunity to learn and practice mindfulness strategies for stress management. It’s offered over 10 weekly sessions. The group is free, but enrollment is required. Email cparikh@ucdavis.edu for more information.

All of the parent support groups, as well as the mentoring offered through the program are aimed at building community.

“We’re great at research, we have great providers and clinicians, and we do a really, really good job in the building. But families leave the building and go into the real world,” Stewart explained. “The real world is messy, and it’s not as supported or safe and building that community out in the real world. Understanding of disability and acceptance of neurodiversity is so critical. It takes a community to support all of us.”

Nicole Papp says that’s the sort of support she experienced through the Family Navigator Program.

“They were very, very compassionate. My first navigator really listened to everything I had to say, and you could tell she genuinely cared what I was feeling. I never felt like a burden.”

The generosity of donors helps the MIND Institute enhance and expand family support resources like the Family Navigator program. Donations in support of the program can be made online through our website. For more information about donating, please contact Alexa Adams at (279) 210-8548 or lexadams@ucdavis.edu. 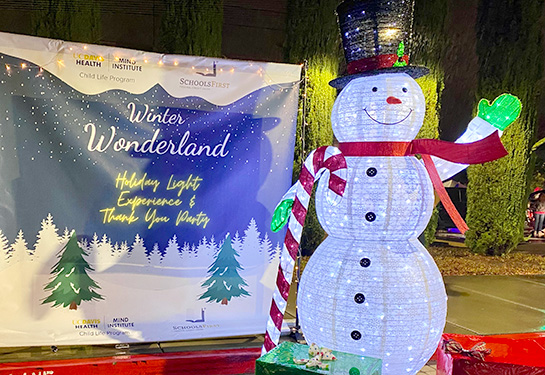